The article addresses the future of the area where "Expo Milano 2015" took place, after the conclusion of the event. It contains a description of the actors at different levels (local, regional and national) and of different nature (both public and private) involved in the post- Expo planning and an analysis of the dynamics that oversee their relationships in the implementation of this national complex policy. The first part describes the key players involved in the organization of the event and in the post-event phase, and it comments on the results of the exhibition, focusing on its material and non-material legacy. It also focuses on the role played by Milan in the national and international scenario. The second part describes some of the projects, currently known and imagined for the post-Expo: the creation of a research center (Human Technopole), the transfer of the scientific departments of the University of Milan and of the Galeazzi hospital. In addition to the relationships among the different stakeholders, some of the variables are described, mainly of a political nature that could affect the post-Expo implementation and success. 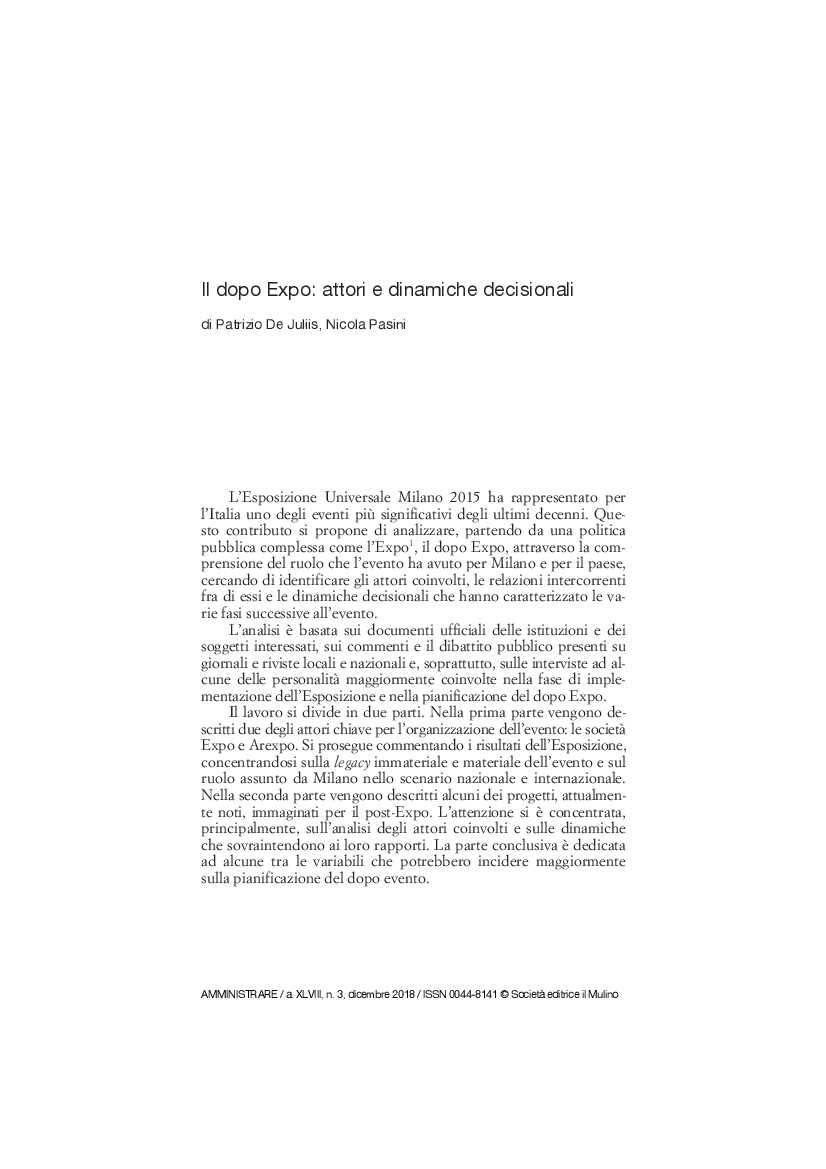