The article explores the italian sub-prefectures, a state institution depending on the larger provincial prefectures that has been so far somehow neglected by historical studies on territorial public administration. The existing sources suggest on the contrary that these peripheral offices and their chiefs were quite influential on the course of territorial government, firstly because they exercised in their area part of the executive power assigned to the prefect. They could also play an important role since they operated close to a great number of local communities where more than half of Italian population lived. Consequently, they produced a crucial information flow upwards and in many cases formulated decision proposals that the prefect and the Ministry of Inner Affairs thoroughly adopted. The research investigates the relations among the different levels of administration and the action of the subprefectures focusing on the procedures leading to mayors' nomination. It also pays attention to political elections campaign management by considering the case of a Piedmont constituency in 1895, in which three sub-prefectures were deeply involved. From the point of view of bureaucracy organization, the sub-prefect is a medium level official, with good career prospects: he has usually grown in the peripheral administration, most of the times as prefecture secretary, then prefecture councellor, and may hope to become prefect himself in maturity. The sub-prefecture therefore comes out as an important step in training qualified administrative personnel, having high skills in territorial and communal management and control. On their side, the prefects show a tendency to create a trust relation with their immediate subordinates. The couple builds a sort of alliance in order to support technically and politically the administration of the peripheral portion of the province, at least in northern and central Italy, where sub-prefectures appear to play a key role that is yet to be ascertained for the southern and insular areas. 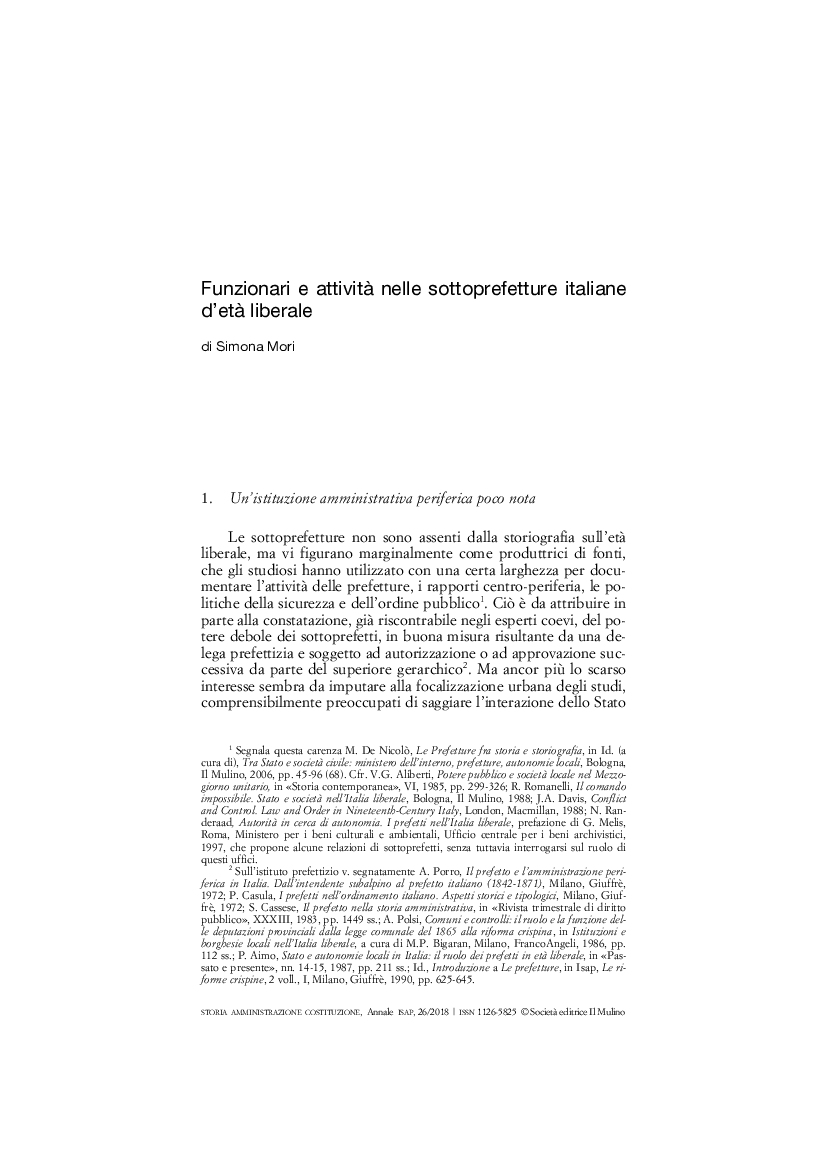