In the second half of the last century, the most meaningful change we had in Italian public law is shown by the chance, for private citizens, to obtain the compensation of torts linked to a bad use of public power. The article has the aim to explain the path followed to gain this outcome, starting from the role of jurisprudence until the legal recognition of the 2010 new Code of Administrative Trial. According to the Author, there are some risks of regression, especially with regard to Globalization's phenomena, which would reduce the rate of private rights' protection. Moreover, it's necessary to stress out that sometimes judges, which are called to decide on the Public Administration's responsibility and on the related compensation, are influenced in their sentences even by worries about the consequences on Public finance. All these components lead to the following setting: only few lawyers propose claim for damages before the Courts, and a low percentage is sustained. It's quite simple to predict that, for the future, plaintiffs are going to search new forms of legal protection through ordinary jurisdiction, still present near the administrative one. They could involve claims against public officials directly, or trials in which attorneys criticize the negligence of Public Administration, and not the illegitimate use of its power. 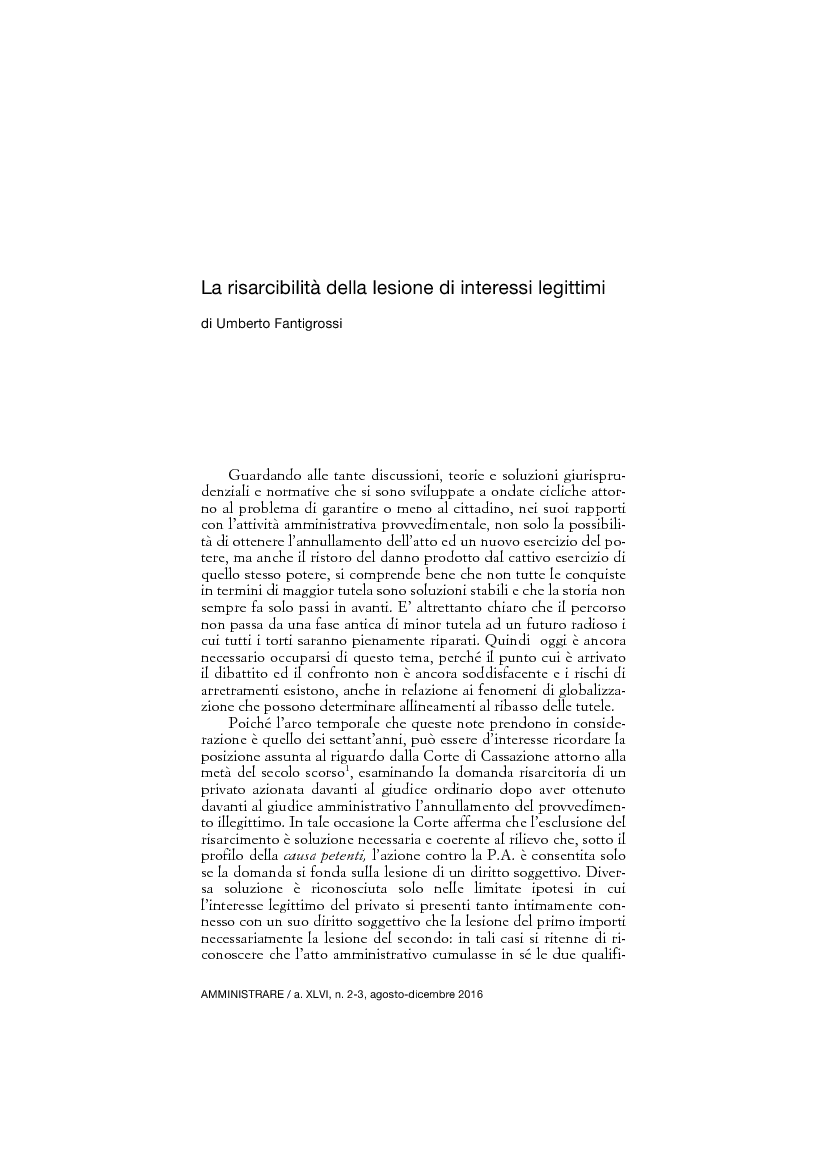