The paper concisely describes the history of local finance in Italy during the lifetime of the Republic, beginning from the Constitution of 1948 (which, moreover, was focused only on the regional level). From the beginning of the 1950s until the 1970s, municipal and provincial finances were quite autonomous and satisfying as a result of corrections made to the pre-existing system. The reform of 1971 defined a situation of immobility and finical deficit that persisted throughout the decade of the 1970s and into the next. In the first years of the 1990s, the municipalities established a satisfactory return and reached fiscal autonomy with the attribution of the ICI. As for regional finances, the paper describes the "privileged birthright" of the regions as a special status, underlining the particular financial generosity that they have enjoyed since the outset. It then goes on to concisely describe the evolution of the regions from 1971-2000 in ordinary status, that saw their budgets welcome, despite well-known weak financial autonomy (mitigated by the IRAP only in 1998) the increasing burden of expenditures related mostly to health. 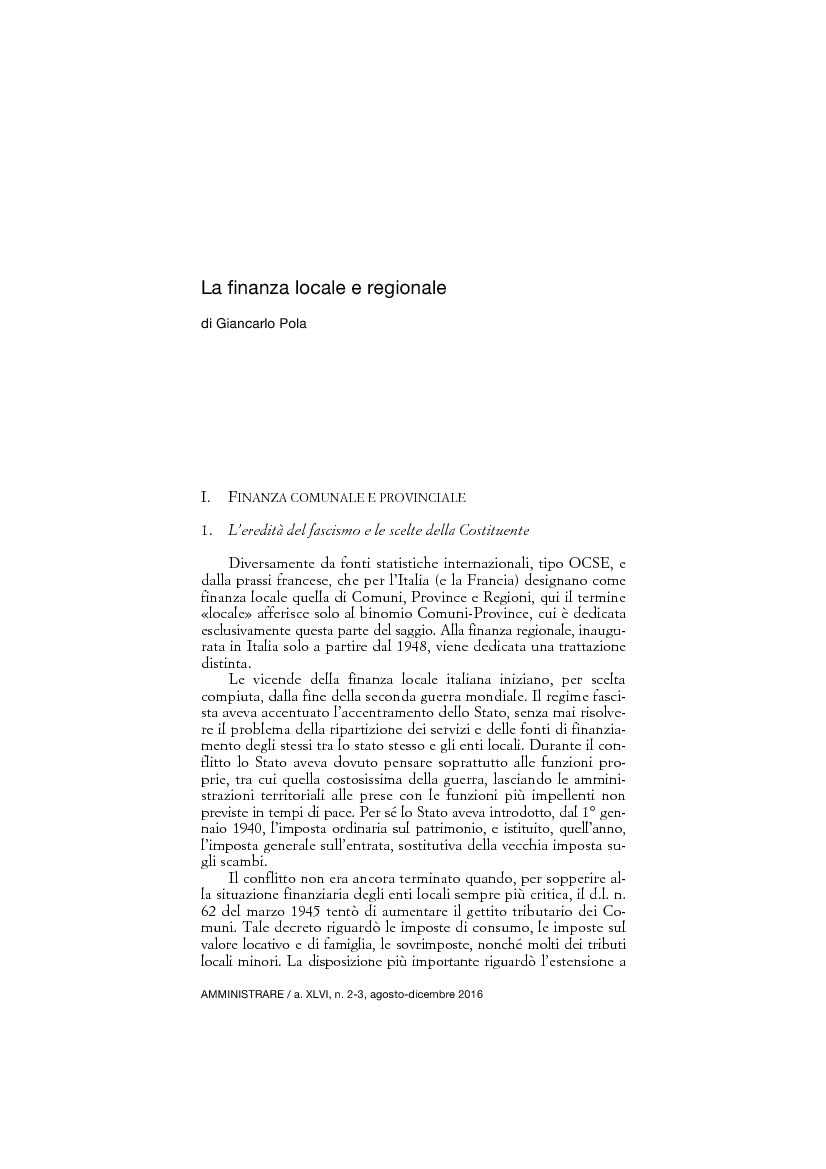