Bureaucracy is a heavy burden which is in indirect proportion to the size of the company. This burden has a more serious impact precisely on SMEs that represent the wider and less structured category of companies. Therefore, SMEs need more aids both in terms of economic support and, above all, in terms of simplification of application procedures. These few evaluations are enough to explain companies' growing intolerance towards bureaucracy that takes up too much time and efforts to the business. A better interaction between companies and public administration seems to be an achievable goal and some steps have already been undertaken: for example self-certification or the creation of a "one-stop shop", the introduction of new technologies to facilitate the information to users and the implementation of online procedures. Nevertheless, there is still a lot of work to do as far as the organization of the "public" machine is concerned: some examples are the lack of interaction among different departments, slow bureaucratic procedures and the lack of customized solutions for specific realities. The outcomes of the survey undertaken among entrepreneurs belonging to the Association of the Province of Treviso underline that the evaluation is clear: entrepreneurs make a distinction between professionalism of civil servants and the organization of public offices. Generally speaking, the fact of being professional is evaluated in a more positive way than one can imagine. On the other hand, the organization of public offices is strongly criticized for being not efficient, chaotic and opaque. As a matter of fact, bureaucrats and bureaucracy are not put on the equal footing. 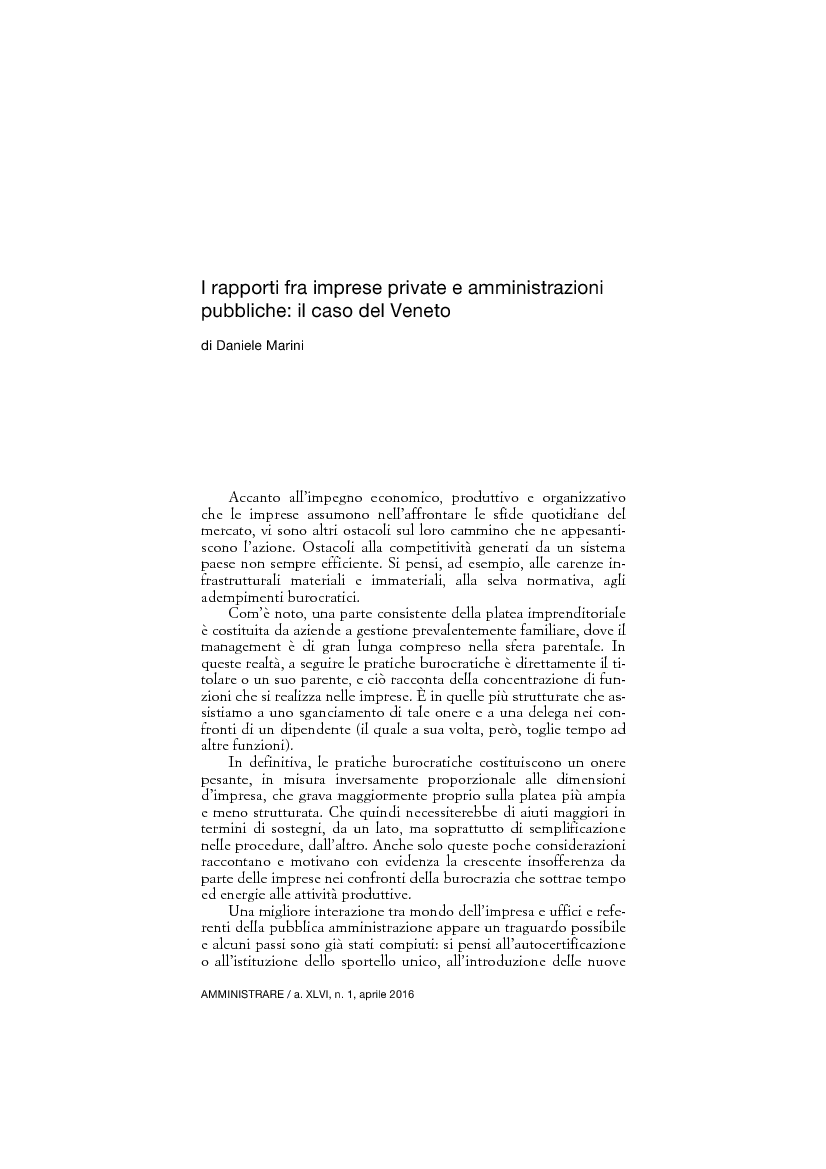