The response to the crisis of agri-food companies in Italy is remarkable. Italy is ninth in the ranking of world market share (3.3% in 2012). Made in Italy products of the agri-food sector saw an average growth rate (2008 - 2011) of more than 6%, while the rest of the manufacturing sector stuck at 1.5%. Food is one of the fundamental assets of national economy, despite the unfair competition due to the "Italian sounding" phenomenon. Nevertheless, even in the years of the crisis, agri-food companies, particularly in Northern Italy, have been able to expand significantly their presence in worldwide markets. This has been demonstrated by a number of surveys carried out by Community Media Research on a sample of 1200 Northern Italy company owners. Even through this long period of economic transformations, these entrepreneurs have been able to go ahead successfully, thanks to several factors: the fact of being well rooted in their own regions, solid wine and food traditions, and their ability to understand the changes of an evolving market demand. Expo 2015 represents a great opportunity for the companies of the sector: among other things, their hope is a strong fight against counterfeiting. Moreover, these companies expect Regional governments to foster a territorial marketing action so as to make Expo a showcase for the products as well as for the culture of the territories. Finally, these companies expect financial institutions to play a more significant role by supporting companies and providing them with advisory services for their growth in foreign markets. 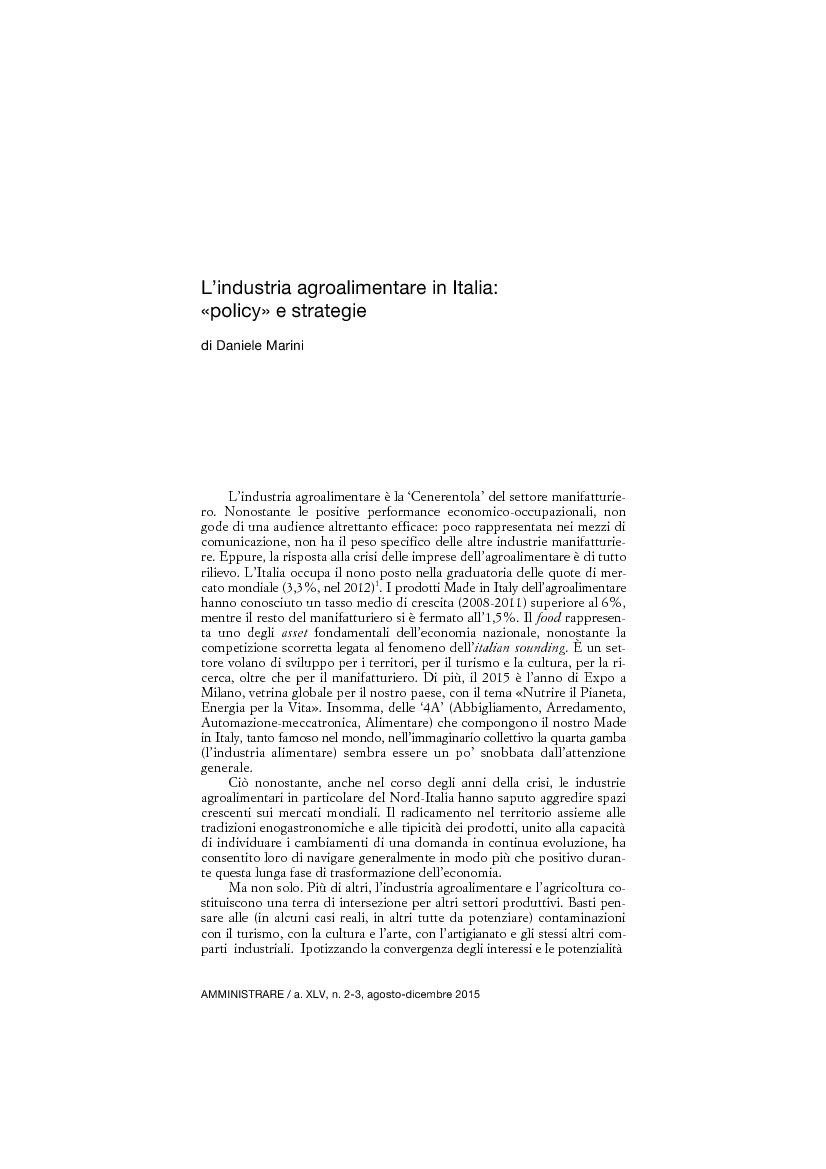