This article addresses the decision-making process that to place before the award of the Milan Universal Exhibition of 2015 (called precisely "Expo Milano 2015"), namely the "genesis" of Expo. It aims also to investigate the recent experience that led to the first application and then the allocation for the Milan Universal Exhibition of 2015, in order to understand how the dichotomy continuity/discontinuity of the complex public policy (and its disconnected performance) often depends on factors of a political nature on decisions within the same majority of government, national, regional and local. As evidence, in this case, the characteristics of politics (the competition for political power) create the conditions for a change in the decision-making process by means of consensus and cooperation in the first phase. While they become conflicting in the next step and they also generate radical changes in the decisions taken by the various political actors, often with negative consequences for the implementation and sustainability of the public policy in the same matter. The paper is intended to explain a decision that for the whole period of time was found to be fragmented and not very linear: over the years there have been unclear paths, not always shared between central and peripheral institutions, which often prevented to enhance the effectiveness of local and administrative and regional political actions. 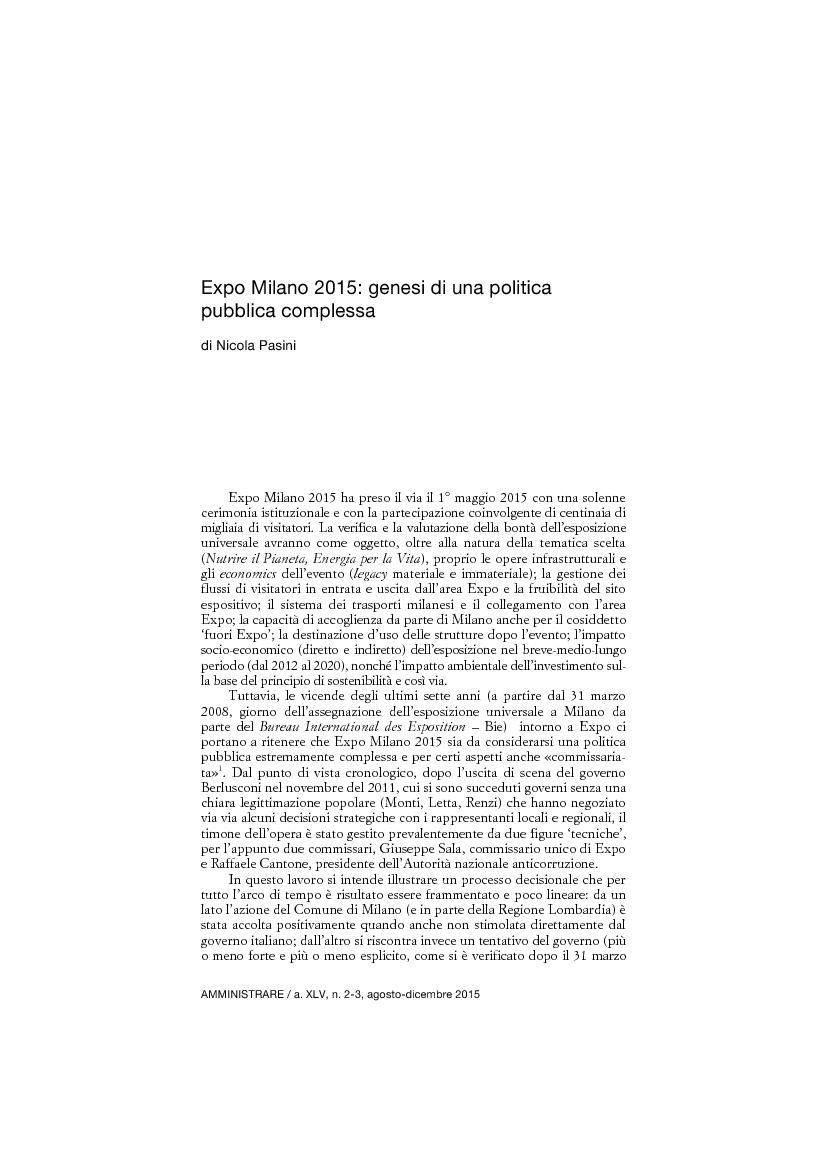