The history of the Italian State's public security laws began in 1865 with the «allegato B» to the law of administrative organization n. 2248. In fact it had started many decades before, when modern forms of control of territory, population and citizenship developed in the former States of the Peninsula, as well as abroad. The 1865 public security law provided the executive power with some preventive measures in order to make marginal people incapable of violating public order and property, of which the judicial admonishment was the most important at the moment. The exceptional laws adopted in the Sixties and in the Seventies to face the crime emergency in various regions brought about an even sharper police measure, the well known «domicilio coatto», that was eventually included in the ordinary public security law proposed by prime minister Crispi in 1889. The fascist regime reformed the police in 1926, conferring to it powers of formidable strength, the use of which was totally rid of judicial control. The chapter follows the development of legislation, giving some space to the discussions that took place in Parliament and on the press, on the basis of the recent historiography, underlining the harsh criticism that left-wing liberals, radicals and socialists directed to such restrictive police devices. It also questions the way public security laws were applied in the various periods, paying some attention to the use of admonishment and of confinement, about which information is more abundant. Finally it focuses on the relation, continuity versus innovation, that fascist police norms and practices entertained with the experience made in the previous age. 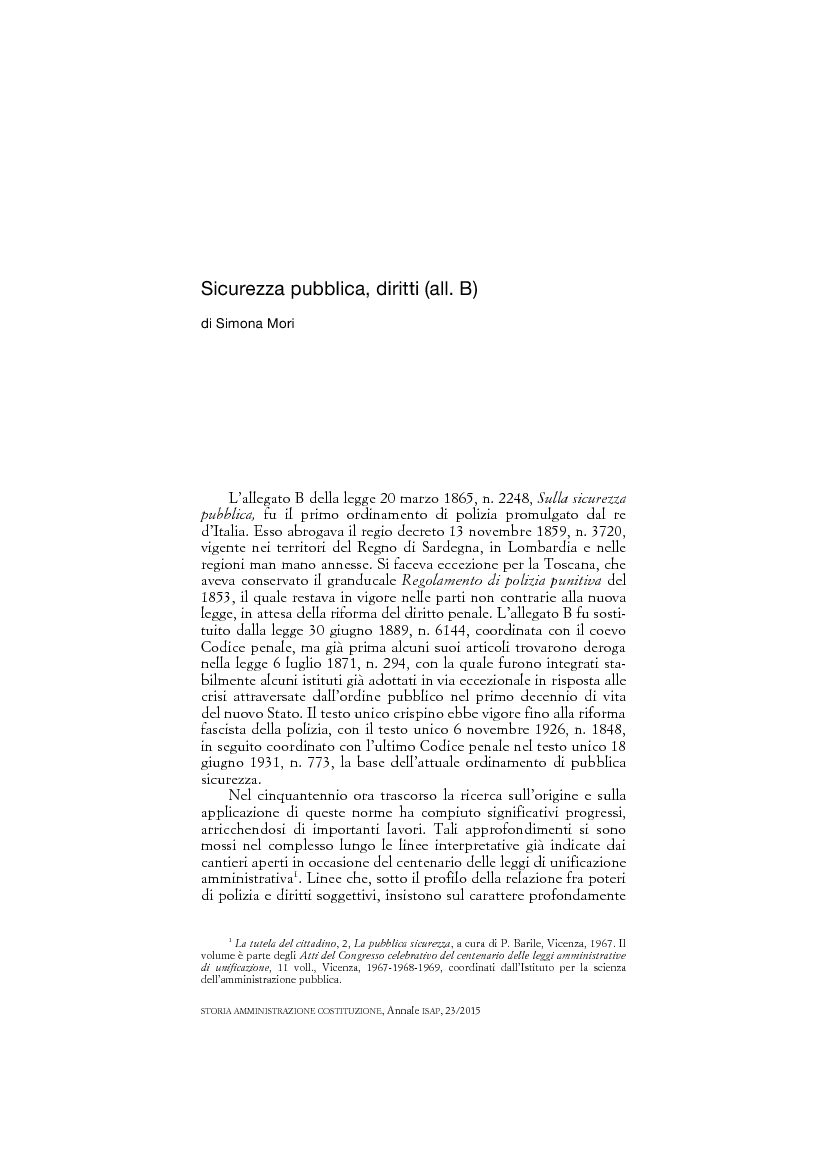