This article focuses on the problematic financial issues of the Municipal Public Assistance Board (ECA) of Milan, as the main subject supplier of welfare benefits in the local area. In comparison to the ECA elsewhere in the nation, in fact even for the Ambrosian ECA, the limited economic-financial resources always represented one of its most critical problems, noticeably influencing the stock. The time span of the essay extends from 1937, the year of ECA's establishment as an alternative to the now obsolete Congregations of charity, to 1978, the date of dissolution of the board following the advent of the regional institution. Especially through the aid of the financial plans, attempts have been made to highlight the structural limits of accounting characterised by a strong imbalance between the expenditure, first of all for administration and for the staff, and the sources of income, rather rigid and essentially constituted by the annual state funding. Just the small amounts of the latter was often the reason for the strong contrasts between the ECA Board of administration of Milan and the guardianship that admitted no report of excess liabilities in the financial statements. The essay also analyses the relapse of this situation on the different forms of care exercised by the body. In particular, the continuing difficulties emerge in the establishment of appropriate care activities, in line with the most modern social techniques and those same Welfare principles which animated the Milanese ECA policy since the end of Second World War. 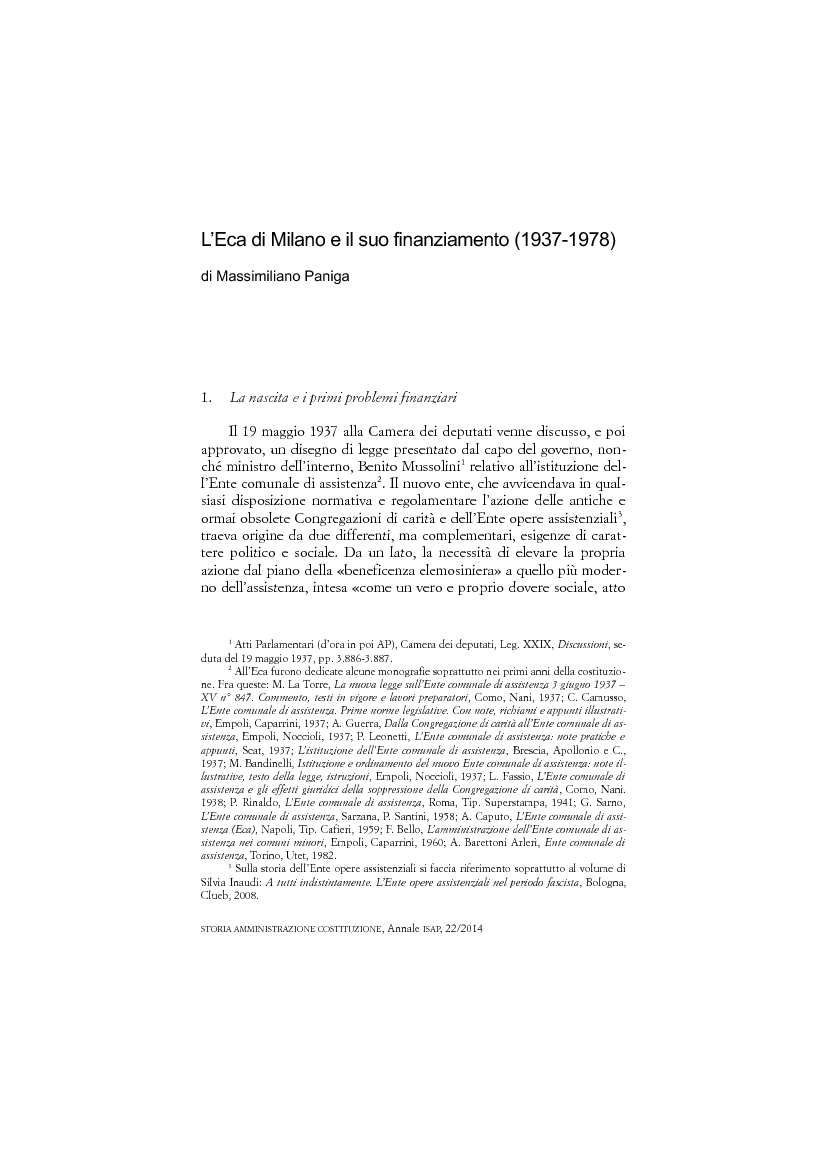