An important part of the scientific production of Guido Martinotti on the issue of metropolitan areas has been published in a series of articles in the second half of the eighties and the first half of the nineties in the journal "Amministrare", in the section 'Observatory on Local Administration'. In the articles Martinotti shows an outstanding ability to analyze a complex and dynamic phenomenon as the metropolitan one, carried out with attention to the cognitive and methodological aspects, and with a comparative as well as multidisciplinary approach. The commitment of Martinotti is projected, however, beyond the boundaries of scientific thinking, in that scientific analysis is seen as a contribution to the formulation of public policies. The essays published for the Isap reflect these characteristics: in particular the detail and accuracy in the collection, documentation and analysis of data, which are combined with the ability to handle, and in the case to criticize, the theoretical contributions of scholars from various disciplines. The first essay opens framing, in both scientific and policy terms, the problem of the growth and transformation of metropolitan areas and their definition for scientific and administrative purposes. A year later is published an essay, which is a deepening of the first, dedicated to the metropolitan region of Milan and Lombardy, which will be taken up and deepened in an essay of 1994. Of particular interest is a short essay of 1991, in which is anticipated the theoretical development will be presented two years later in Martinotti's best known book "Metropoli". 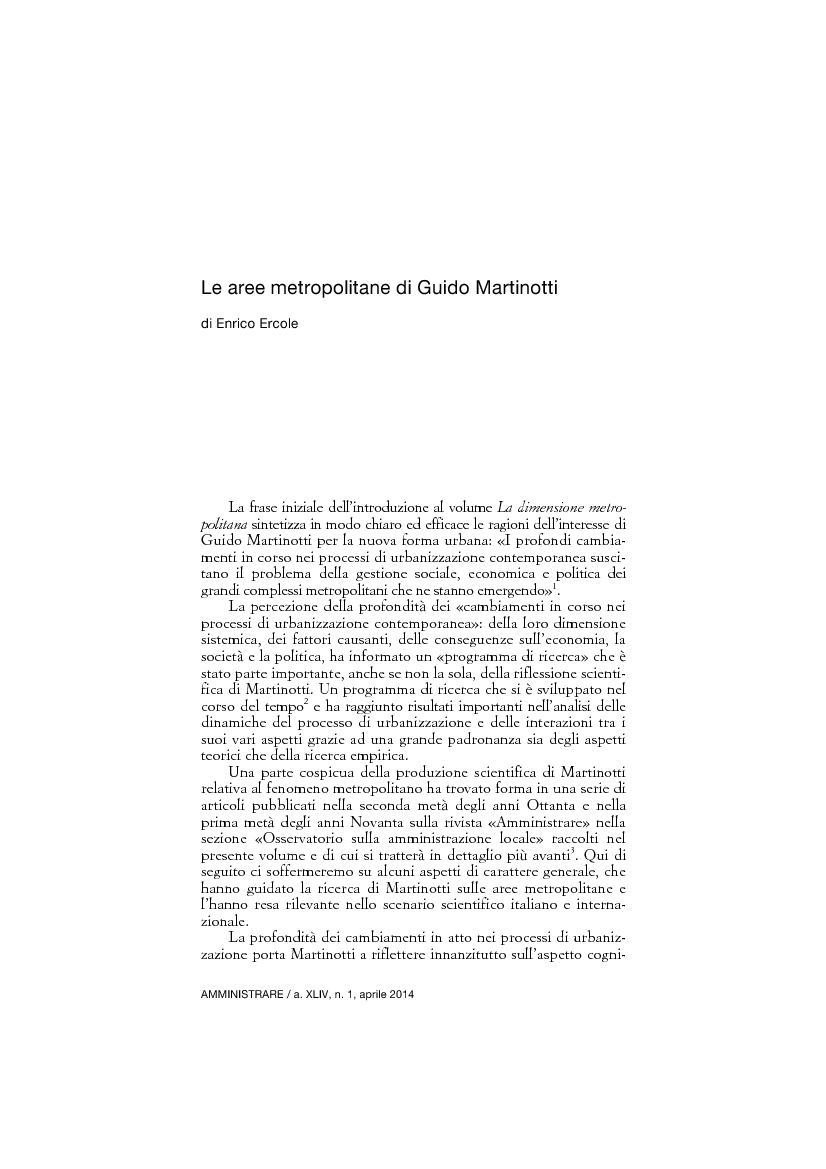