As enormous empirical evidence shows, the austerity policies applied on the occasion of the 2008 financial crisis led to a weakening of the contractual power of unions, a large increase in inequality, poverty and unemployment, which in 2019 was not fully recovered. They also brought a weakening of essential public services for the community such as health, education, care for dependent people or the protection provided by the Social Security Systems. In this panorama, the new crisis of Covid- 19 unleashed, and it threatens even more what was once called the “European social modelµ, one of the essential pieces of the European integration process. Austerity policies were imposed through legal mechanisms of very doubtful compatibility with the Treaties, such as the treaty establishing the Stability Mechanism and the Stability Coordination and Governance Treaty of the Economic and Monetary Union, both from 2012 that grant aid to the States subjected to a “strict conditionalityµ, that is to say, the reforms that have caused the aforementioned consequences. Insisting at the present time on those erroneous policies based on fallacy of composition would seriously endanger the EU’s survival as it was conceived by its founders. 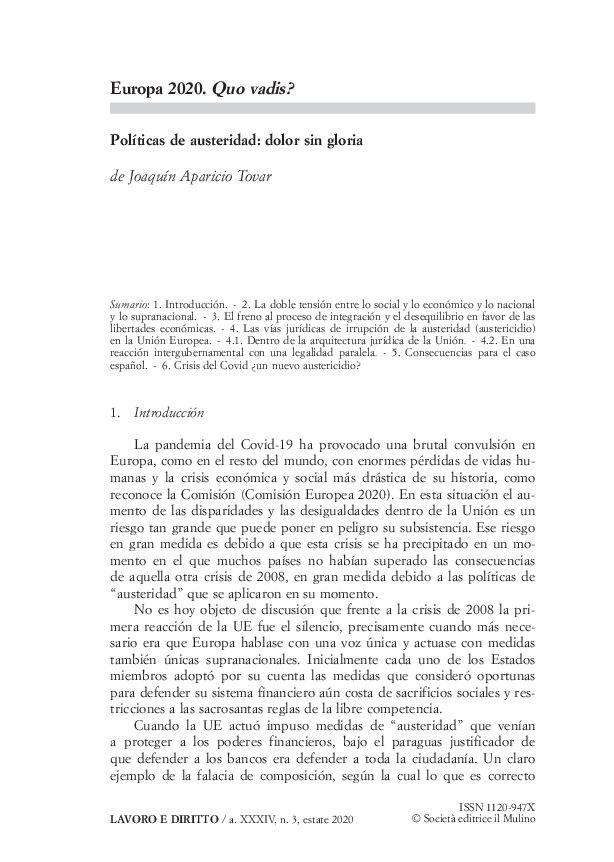