The paper analyses the discipline of remedies for illegitimate dismissal in the light of the ruling of the Constitutional Court n. 194/2018 with which the automatic quantification mechanism of the indemnity for unlawful dismissal provided for by the Jobs Act, has been declared contrary to the principle of reasonableness. The author highlights that, despite the formal prevalence granted by the Court to the function of the indemnity for unlawful dismissal as a compensation, the dissuasive-sanctioning function is central, in the argument of the Court, even though it is almost absent in the rigid algorithm of the contract with increasing protections. So, paradoxically, while the Jobs Act reduced the judge to an accountant, today he/she is offered, in the quantification of the indemnity, of a degree of discretion never known before. 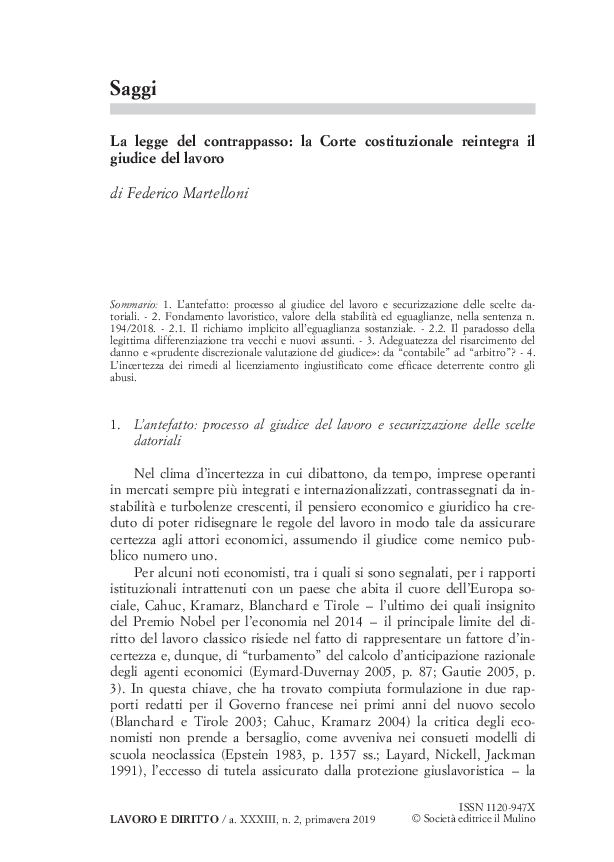