In this essay the author analyses a series of decision of the Constitutional Court referred to the two most significant reforms of the Renzi Cabinet: the s.c. Jobs Act and the reform of the school, starting form the problem of precarious workers hired with a fixed term contract. Two approaches have been chosen. On one side, the developing line of the s.c. «reforms without consent» that leads to the increase of dialog in social clusters ex art. 2 Constitution. On a second one, the growing appreciation of judicial claims as a trade unions resource, giving theirs declining mobilization force. In this essay it is confirmed the pivotal role of judges both at EU and domestic level, even when plaintiffs are not granted. According to the study, the sensibility and technical expertise of judges, even constitutional ones, is central in multilevel protection of works rights. The scenario of the economic crisis is always at stake, from which emerges, for the most recent literature, a strong a clear warning towards the reform of the EU economic governance. 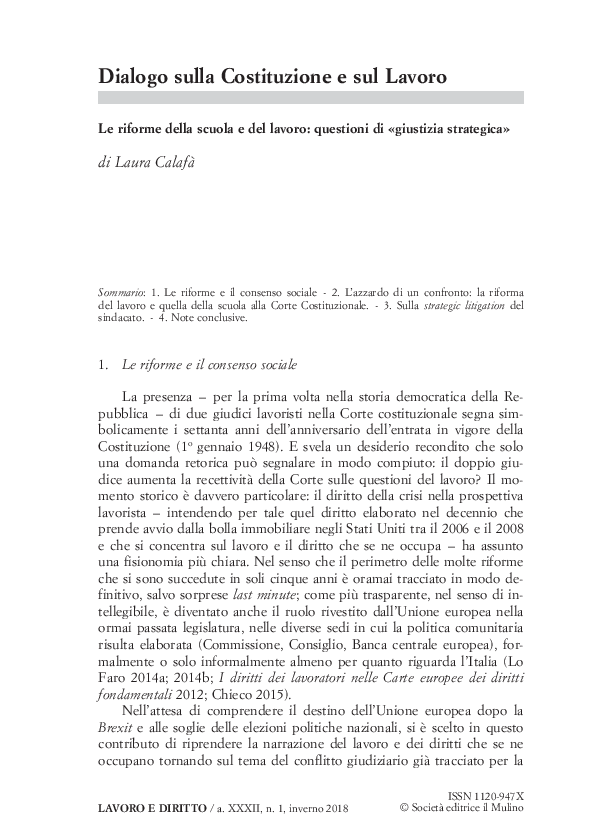