The aim of this contribution is to observe the political strike over the fifties, between social conflict, cold war and trade-union freedom, after the constitution of the democratic Republic founded on labour. In a first phase, legal doctrine interpreted the art. 40 of the constitution as the right of economic and contractual strike, which did not include the political strike. In fact, this form was considered as a subversive act, according to criminal law ("Codice Rocco"). The paper examines the contribution that the criminal law jurists made to the legal change, with a particular reference to Pietro Nuvolone, and then to the Constitutional Court, from 1958 to 1962. The research ends with a reflection on labour law in the sixties. 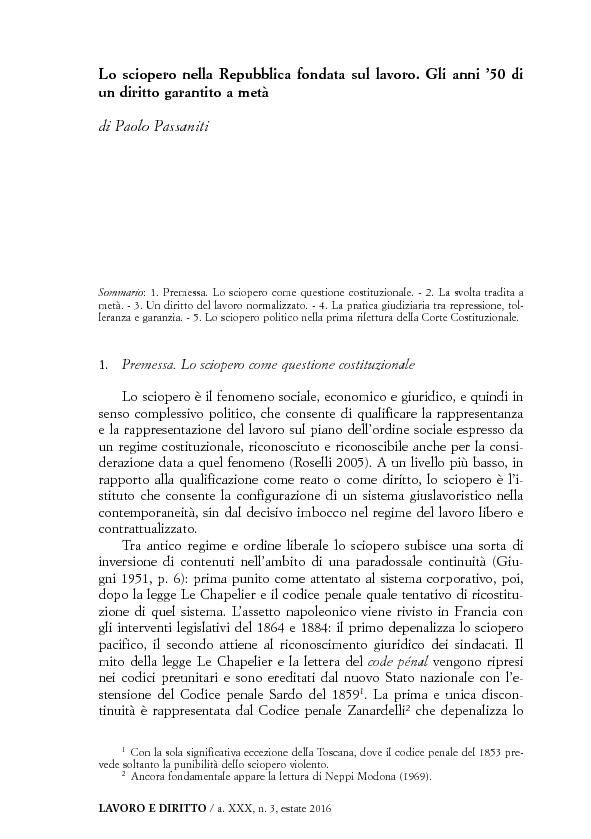