The essay offers a historical, juridical (and literary too) reinterpretation of the workers in zolfare in Sicily, at the end of XIX century, focusing, especially, on the exploitation of "carusi" (very young sicilian miners and workers). The sad phenomenon of "carusato", perpetrated outside any legal or contractual rule, created an incredible child slavery, just during the period in which, in Italy, were beginning to emerge the first forms of social legislation. Exploitation of "carusi" in zolfare was one of the most serious aspects of the "southern question": the essay runs over the ranks of cultural, juridical and political debate, in which took place a certain form of cultural acceptance to this dramatic phenomenon, which also revealed an almost complete indifference of the institutions of the new State after his union. 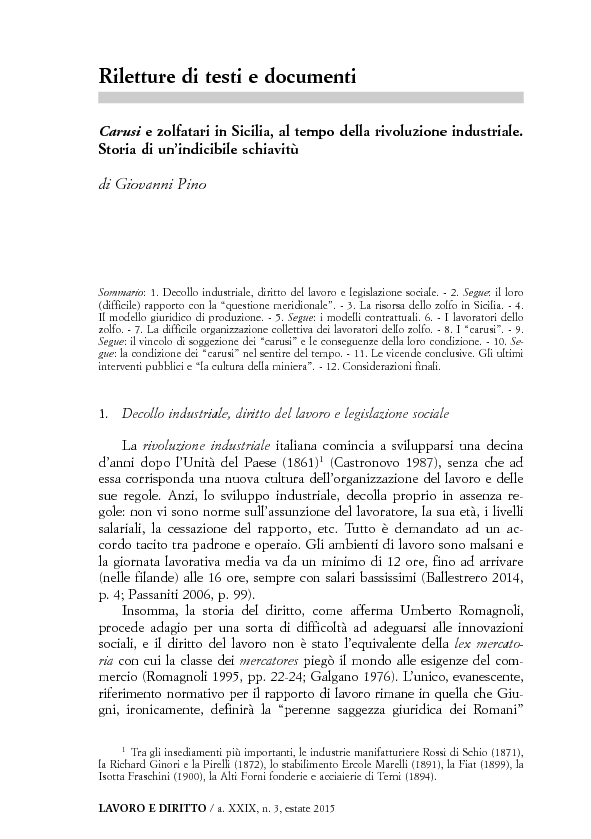