The research underlines the different stages which have marked the evolution of the beneficiary of the freedom of movement and social security European law. First, the author examines the field of freedom of movement, considering the articles of the European Community Treaty, signed in Rome in 1957, and then the interventions of European legislator and of the Court of Justice which have defined and extended the subjects entitled of the right to move and free reside in the territory of the European Union. The same extension of the subjective enforcement sphere of the European rules is then analysed in the field of social security law. At last, it is underlined how the process of the enlargement of the beneficiary of the freedom of movement and social security law has conducted to the development of a Union citizenship, that is the legal fundamental situation guaranteed to every citizen of a Member State, recognised as a subject by the law, who share in the politic, economic and social life of the European Union. 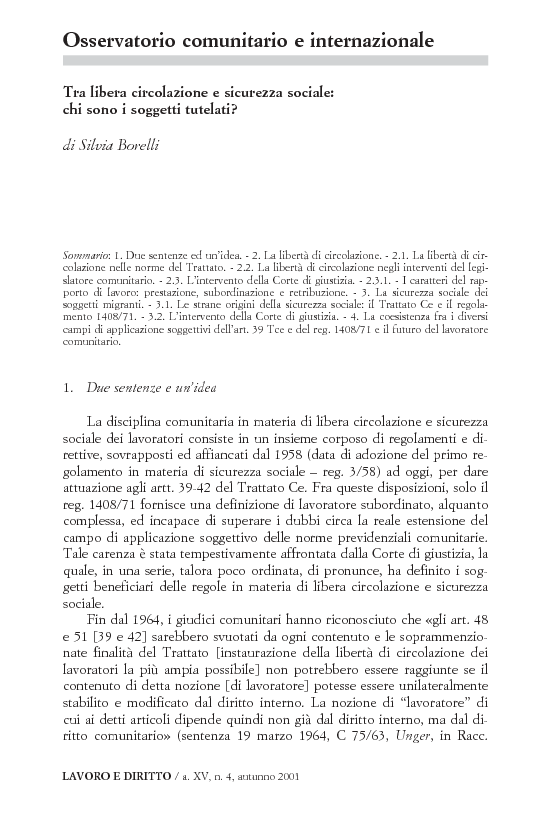