Trends in North-eastern Italy, regarding the diffusion of self-employment, and especially the social re-evaluation of the contracts for services in contrast to those of employment, stronghly challenge labour law and its classical "paradigma": the idea that only "employees" are to be protected by the law, and only labour law is able to convey and realizes fundamental values such as equality, social justice, solidarity, etc. New proposals dealing with a legislative discipline of the so called "new works", located on the border between dependent and independent work, have been advanced by the Parliament and also by labour law experts. The essay is aimed to contribute to this debate, although starting from the assumption that the debate itself is not completely complaying with the specific situation of the most economically developed Italian area. So, the author criticizes the current ideas regarding the legal notion of "subordinate status", as caracteristic element of the contract of employment, and suggests that a re-evaluation of the "employer's managerial authority" criterion, in contrast to that of the worker's "integration" in the enterprise, is not only scientifically correct, but also necessary to meet the new trends. Finally, the legislative reform perspectives are focused, and the ipothesis that social should be preferred to a protective discipline of the contractual relationship of the self-employed, is advanced. 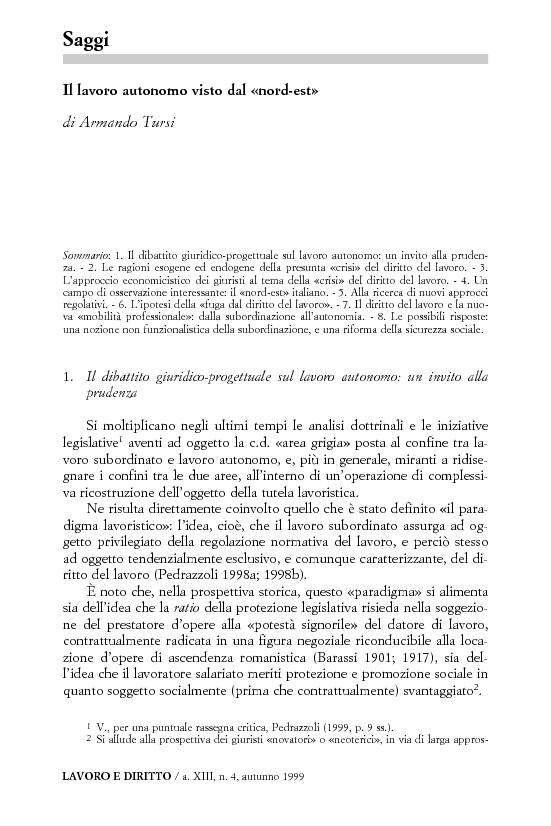