This paper places the rural movement of the Sicilian Fasces in the widest context of the social legislation of the end of the last century, at the birth of labour law. The construction of the contract of employment based on abstract and formal elements, has contributed to prevent, according to the author's thesis, the formation of a protective discipline, which could mitigate all the forms of exploitation present in the agrarian contracts, mostly in the regions where the latifundium (larte landed estate) was wide. Even though the Sicilian movements had sharpened the need to intervene with a law on the agrarian contracts, the parliamentary proposals, presented between the two centuries, which intended to regulate the agrarian agreements and the contract of employment were blocked by a strong political opposition, which found support in the jurists unwilling to comply with the economical and social changes. It thus failed the attempt to mark out a common road, which could have brought some part of the agrarian relationships within labour law. 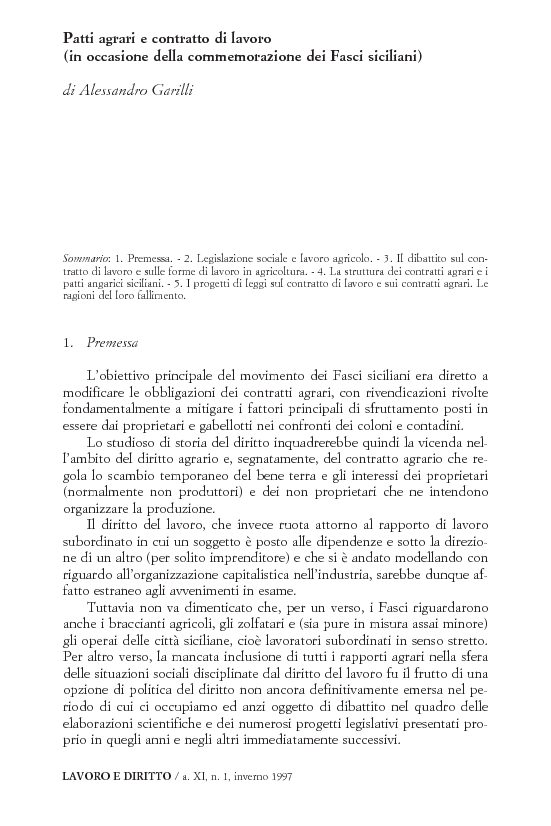