The Author analyzes the reform of social protection provisions for the unemployed. The reform turns out to be rather a soft rationalization of the existing provisions. There are important provisions and an attempt at outlining a systematic framework. However, the pieces of the whole jigsaw puzzle are far from finding the right place. We assisted to a virtual reform, the main object of which is that of restoring the political credibility of the Country. However, on the whole, the Author does not believe that something much different could have been done, considering the deep economic crises of the Country, the complexity of the provisions under review and the fact that the Monti Government is a temporary one. The main shortcomings of the reform, however, are the lack of a universal provision on minimum income for the unemployed and the softness of the link between unemployment benefits and labour market active policies. 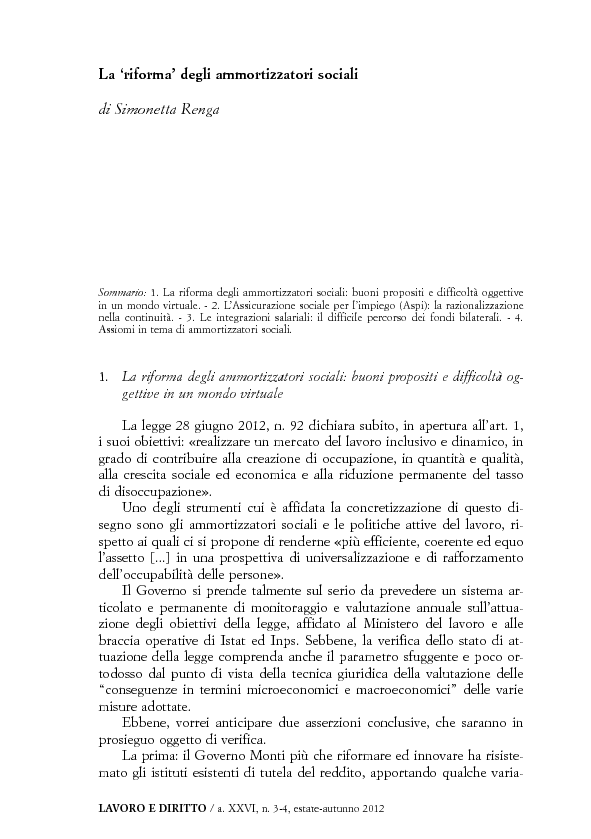