Gathering the results achieved within the research programme «Anr Comparisk», the essay explains differences and common aspects in terms of legal prevention of psychosocial risks between Northern and Southern European countries. For example, while the former, especially Scandinavian countries, centre their approach to the topic on the concept of «work environment» and were forerunners of dir. 89/391/Ecc, the latter focus on the various typologies of «occupational risks», which cover a less extended area and do not embrace all the multiple components of work, and developed their legislation on the topic as an implementation of Eu law. A common aspect results to be the lack of effectiveness of the prevention legal framework, which weakens the role of model played by Northern countries, thus reducing the gap with the Southern ones. 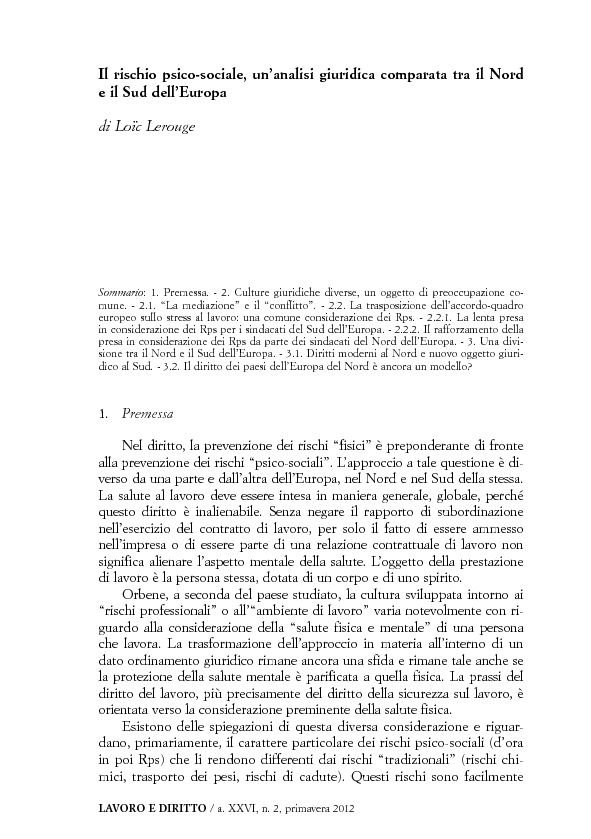