The essay retraces the references to Psrs in the Eu context, from the first Health-and-Safety at Work action programme of 1978 until the 2012 European campaign on the topic. More specifically, it analyses how these policy references found their roots and were translated into Eu law, both in hard law sources, as interpreted by the Court of Justice, and in soft law regulative instruments, either as institutional documents or social dialogue outcomes. In this reconstruction, the author highlights how the key question underlying the development of the Eu regulative system in the field of Psrs does not concern the actual existence of a solid protection basis at hard law level - which can be properly identified within the 89/391/Eec directive as interpreted by the Ecj and the European Commission - but rather to the effectiveness of such protection and to the functionality of soft law in ensuring its implementation and detailing its content. 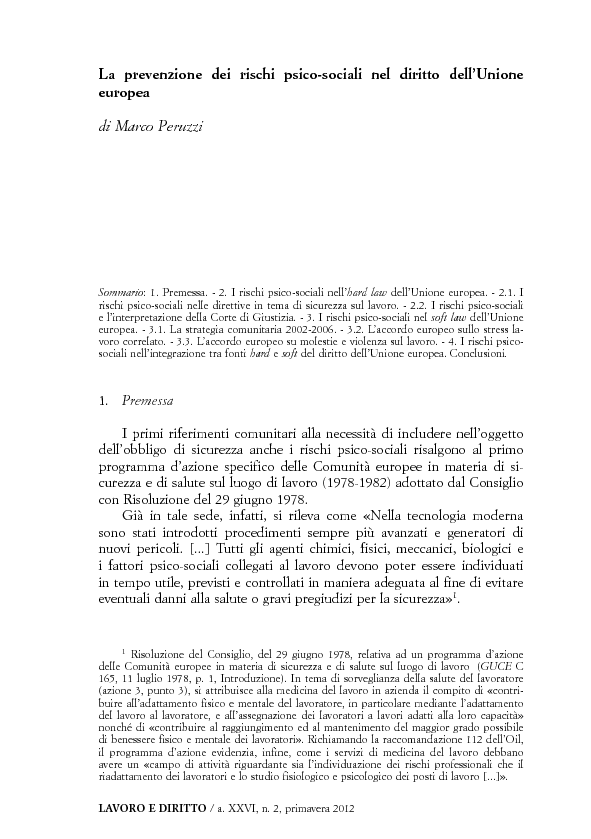