The right to a fair wage is widespread in national Constitutions and European and International Bill of Rights. Its implementation, however, is nowadays under threat because of worsening of the economic crisis. In this context, the present item deals with the italian case. In Italy, lacking a minimum wage legislation, a constitutional principle on fair right (section 36, para. 1) has played an historical role in protecting those workers not directly covered by national collective agreement. The Author describes the legal reasoning by which italian judges enforce ultra vires the collective wage levels. However, he also criticizes a recent judiciary trend which reduces the collective wage levels in relation to the economic or geografical context, jeopardizing the protection level, in breaching of italian constitutional principles. Furthermore, a part of analysis is devoted to criminal implications of the right to a fair wage, recurring the crimes of extortion or forced work utilization. In the end, the Author looks at the new debate about the implementation of a minimum pay by law, in a virtuous relation with the existing regulation by collective agreement. 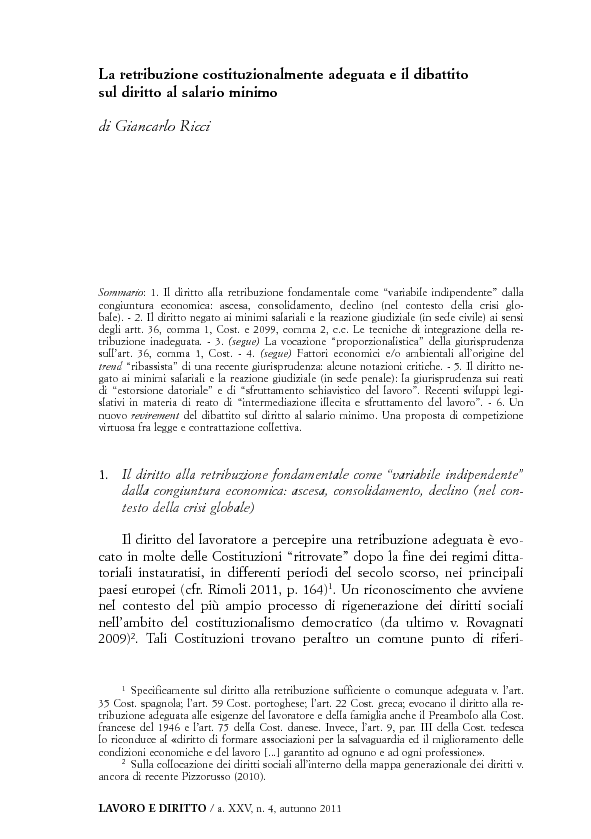