In 1993, the public sector's reform established to delay the contractualization of University Professors, as to better arrange the transition of this professional category to the private regime. After the second stage of privatization, this dispensation became definitive. As a consequence, University Professors remained regulated by public law. This choice is often justified by referring to the freedom to research and teach, provided by Article 33 of Italian Constitution, although both Judges and Scholars have demonstrated the inexistence of an Academic work's prerogative to be regulated by public law. The article aims at reflecting about the possibility to relocate the Academic work within private law's categories. In this respect, the Gelmini Reform is regarded as a possible, useful occasion. The preliminary consideration is that, without a contractualization of the Academic work, the University autonomy is likely to remain incomplete and deprived of an essential prerogative; mainly, the Universities'possibility to manage Academic workers according to their exigencies and their cultural vocation. 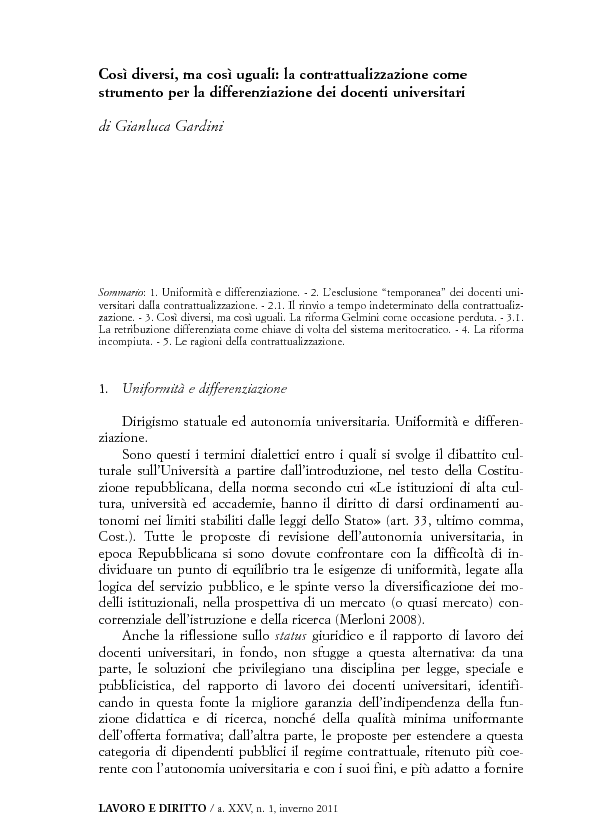