The essay is about age discrimination, with special regard to elderly employees. The author starts by asking whether, and in which limits, the aspiration of elderly employees to retain their jobs after reaching of retirement age is protected by EU discrimination law. In order to answer such a question, she preliminarily focuses on ECJ case law, raising some theoretical issues emerging in the Mangold and Kücükdeci decisions: namely the controversial horizontal effects of general principles and the equally controversial direct effect of directives implementing general principles. In the second part of the essay, the author develops a critical analysis of the arguments by which the ECJ justifies the measures of compulsory retirement adopted by the member States. In particular, she criticizes the generic reference to the occupational policies, as well as the underevaluation of the proportionality test. 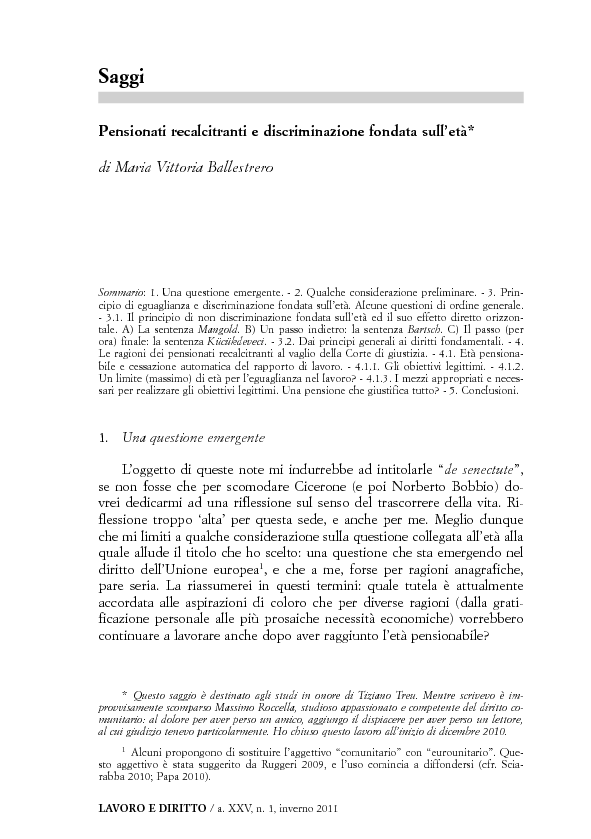