Productive delocalization is a recurring theme in labour law. The interest to investigate the key-factors, which explain the existing tension between the economic and the social dimension of globalization and the well known consequent reduction in employment and labour rights, has led labour law scholars to be constantly involved in the study of this topic. The actual meaning of delocalization, on the one hand, the difficulty to come to international mechanisms effectively capable to defend a social sensibility within the economic dimension, on the other, make it necessary to revise national legal systems. This article is a picture of the phoenomenon of delocalization in Spain. This picture takes into consideration recent legislative reforms about labour law concepts and rules related to this phenomenon; mainly, the Act n. 35 of September 17, 2010, concerning urgent measures to reform the labour market. 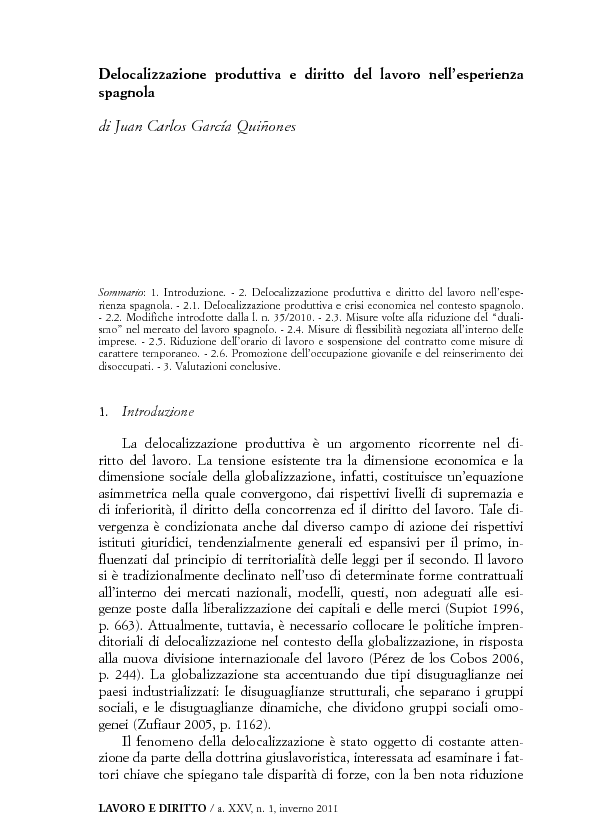