Starting from a synthetic reconstruction of the historical and systemic roots of labour law of the European social model, the author describes the "neo-liberal" evolution of Europe during the last decades, considered as a "liberalistic drift". The crisis has been approached by governments and political centre-rights majorities assuming labour law as responsible of the occupational situation and, as a consequence, the insisted demand of flexibility and of cuts in public social expenditure. On the contrary, the author asserts that the crisis is due to other factors, such as the financial structure of global economy and some choices of governments in the first phase of the crisis itself. The paradoxical result being that those who have no responsibility - workers, pensioners and in general lower social classes - are going to carry its heaviest burden. At the same time the author underlines that the crisis could be also an opportunity for the European trade union movements to mobilize their forces to contrast the liberalistic drift and in view of a project of sociality and democracy. 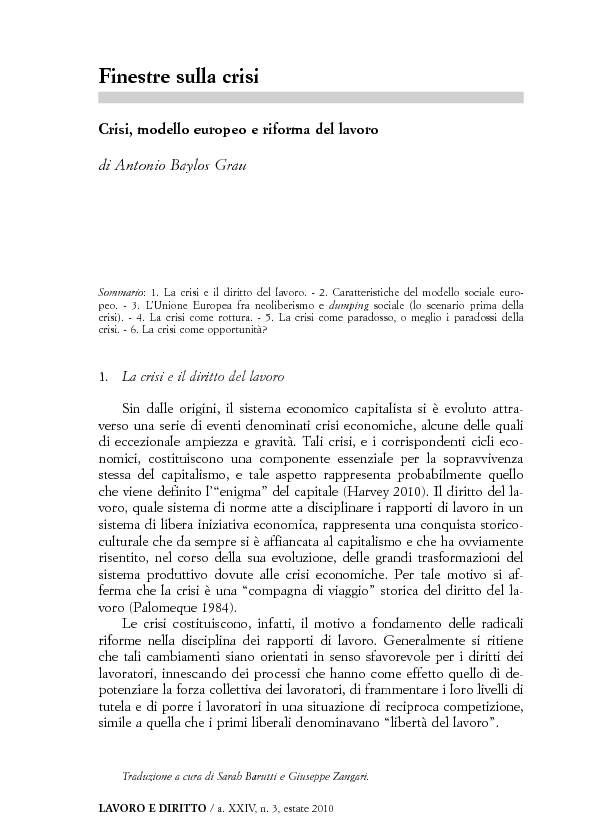