The Author reflects on actions taken by German Government to overcome the global economic crisis, by focusing both on measures strictly connected with the particular economic conditions of the country and on measures adopted also in other European Member States. In order to do this, the legal foundations of German labour law, the causes and consequences of the global economic crisis on employment conditions and on labour law in Germany are taken into considerations. The Author argues that, up to the present, the flexibility of German labour market has allowed to support the employees during the recession; however, measures to be taken require the existence of forms of workers representation at the enterprise level. The same attention towards forms of workers participation at the enterprise level as well as the recognition of Trade Unions as autonomous organizations with wide margins of action may be found in the European social model. Particularly, in order to increase the possibility to overcome the actual crisis as well as to avoid new crisis in the future, it appears to be necessary to protect the employment rights and the place of employees' interests representation, contributing to reorganize solidarity. 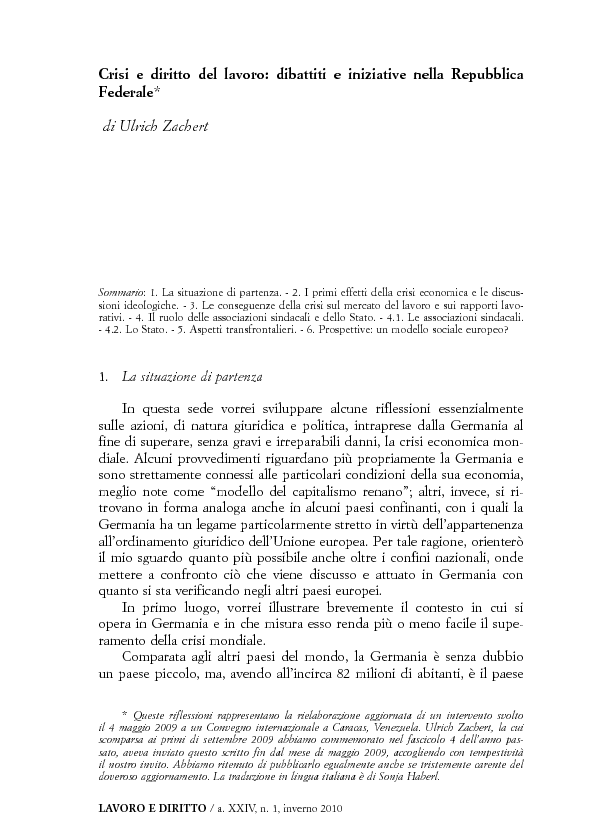