In the 40th anniversary of the Italian workers' statute, still the most important statute law in the Italian labour law system, the author tries to describe his feeling more than his rational evaluation. A perception of uselessness, a feeling of nostalgia and a practice of good mental training, in commenting again this law "full of glory" are interweaved. Nevertheless the conclusion is in the sense that the Italian worker statute, in spite of its wrinkles, still maintains a high important role as basic foundation of the Italian and, why not, European constitutional architecture. In a comparative perspective, it is an illustrious example of the constitutionalisation of labour law and an important part of constitutional traditions common to Member States, according to art. 6 of the Treaty of European Union. So the Italian workers statute, it is the conclusion of the author, is not out dated but incomplete. He shows, in his conclusions, three theoretical perspectives to renew labour law and to complete the regulatory framework of the law. 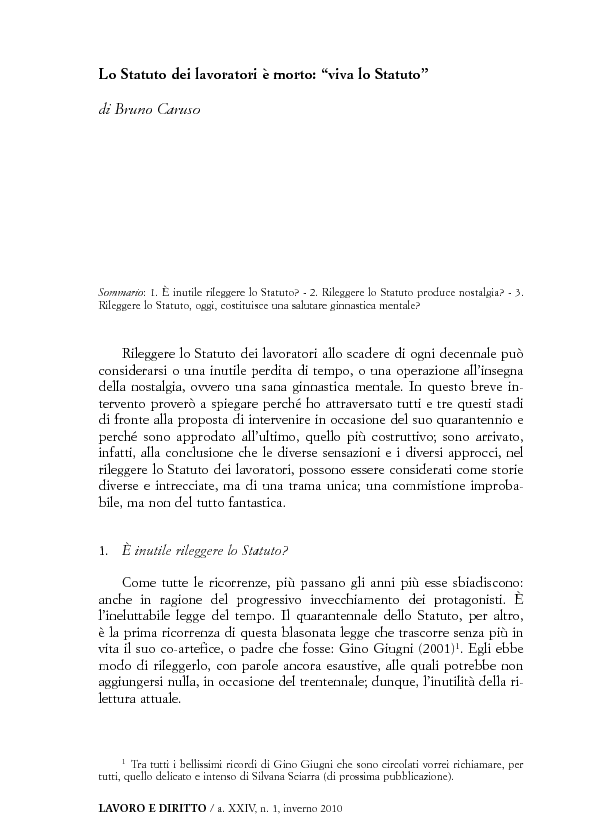