The essay examines the Workers' Statute fourty years after its enactment, concluding that it is very different from its original version: many of its parts are not in force anymore, due to an explicit or - more often - a substantial repeal, or are exceeded by new laws or new collective rules, or are practically useless because - fortunately - they became obvious or because the working world has changed with a speed then unpredictable. Of the Workers' Statute remains, then, a deep historical value and, above all, a very strong symbolic role, as summary of the rights of workers and exemplary paradigm of the labour rules. 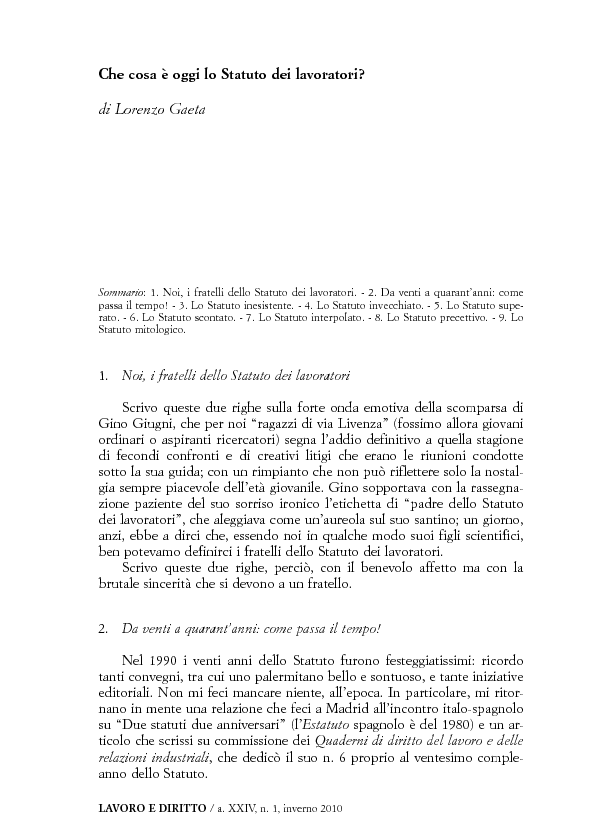