The author develops some reflections about Giorgio Gaber's songs which were dedicated to economic and social topics. He particularly underlines how Gaber, although feeling himself close to the social problems, was resolutely critical (and ironical) towards all ideologies, Marxism included, which asserted that human condition could be explained only by economic and social categories. In Gaber's world the Labour itself tends to be a mask hiding social narcissism and the daily search for power on other people. On the other side, the Market was harshly denounced for its totalitarian impact on human consciences. Nevertheless, despite his dark pessimism, Giorgio Gaber continued to be hopeful that men and women could be able to find the way for a "new humanism", where doubt and contradictions were fully accepted as an inevitable heritage of each human being. 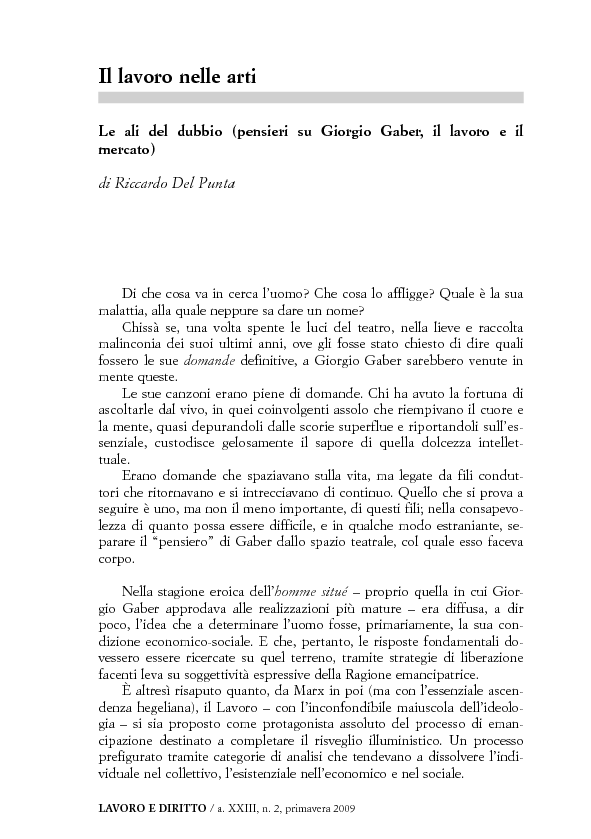