In the first paragraphs, the author considers on one side the different meanings of the word "conciliation" and the different underlying notions, on the other side the possible horns of the "conciliation dilemma": works/families, remunerated work/care, professional life/ private life, and so on. Then she analyzes two examples that show how gender based rules can be deemed "virtuous" or "pernicious" according to different parameters of equality, and how the implementation of such rules can help or, on the contrary, prevent a fair division of family chores between men and women, such an important piece in the puzzle of conciliation (for men as well as for women). The first example is about the proposal, coming from some economists, for a gender based taxation of salary income. The second one, is about the lower age of retirement allowed by Italian pension schemes for working women; in exploring that issue, the Author takes into account the recent (2008, November 18) Judgement of the European Court of Justice in Case C-46/07 as well as the different paths the Italian Government could or should take as a reaction to the deemed infringement to Ec law. 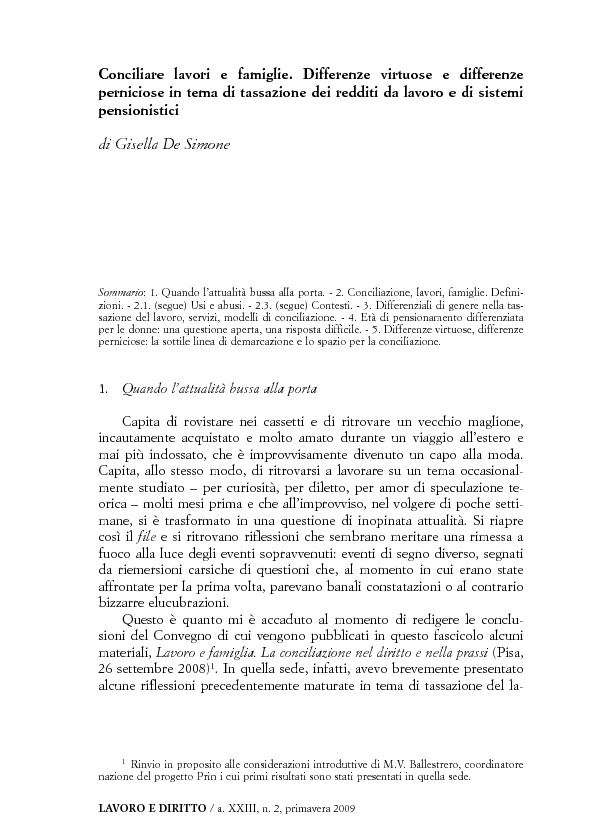