The Author begins reminding the origins of the Italian peculiar system of Tfr (trattamento di fine rapporto) severance pay, analysing its different functions (postponed pay, forced saving, social security protection) which developed during the last decades (from sixty's up to now) according to changes in its scope and in its rules. Then, she goes through the newest rules, under which the employer is generally obliged to pay the annual allocation of Tfr to the Supplementary Pensions Scheme (Occupational Fund or other one) chosen by the employee and also values the balance between costs and benefits for both the employee and the employer. Finally the Author focuses on the real protection given to the "forced saving" of the employees, now invested in Funds that can award better return than the (low but sure) return of Tfr, but can also lose part of the forced saving of the employees, taking into account, particularly, the high operating costs of these Funds. In the end, the Author underlines the need of more information, consciousness and transparency in the relationship between the employees/investors and the Funds, as well as the gaps in global protection given to the workers performing low paid jobs, and more generally, to all workers who have no regular career and regular record of contribution to the Supplementary Pension Scheme. 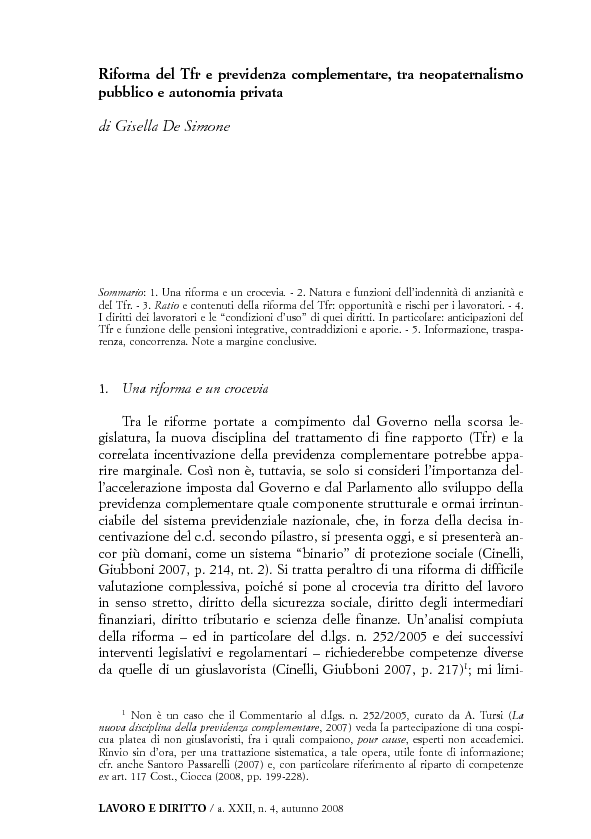