Three recent rulings of the ECJ on the cases of Viking, Laval and Ruffert dealing with the subjects of cross-border posting of workers and constraints put by economic freedom to the rights of collective bargaining and strike, though recognised as fundamental rights, present inherent dangerous aspects. These challenging issues are currently at the heart of the scrutiny of the EU institutions and, in particular, of the European Parliament. First of all, it is imperative to intervene on the interpretation of the posting directive, preventing the minimum standards to be regarded the maximum ones. Moreover, it is necessary to put forward a systematic coordination among the different relevant directives dealing with posting of workers, public procurements and liberalization of the services. The last one, recently adopted, upholds the principle of the application of the labour law of the State in which the work is carried out. The right of equal treatment stands, once more, as the fundamental principle. 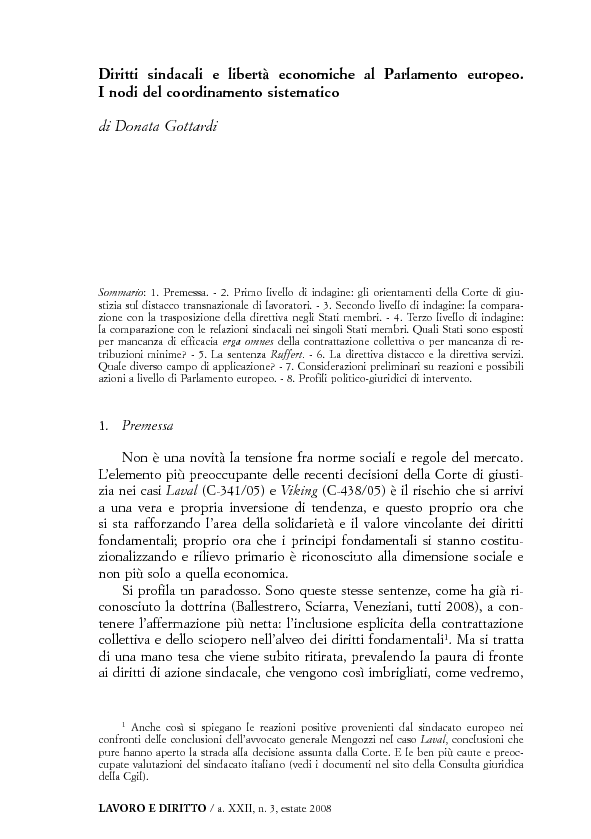