The essay analyses first case-law guidelines and first collective agreements applications on "new" fixed-term contract (as amended by Act n. 368/2001, issued to implement Eu Directive 99/70). The author underlines, on the one hand, that labour courts have so far asserted, consistently with Eu Directive principles, the exceptional nature of fixed-term contracts, which can be stipulated only for objective reasons (analytically specified in writing). On the other hand, the author examines the effects of the reduced role of collective bargaining (in terms of trade unions' control on governing flexibility in employment) on collective agreements drawn up between 2002 and 2005, stressing, above all, the increase effect of the quantitative limits to the use of fixed-term contracts set by collective bargaining. In the last part of the paper, the author makes some remarks on the "non regression clause" contained in EU Directive 99/70, in view to two pending cases before the Italian Constitutional Court and the Eu Court of Justice. 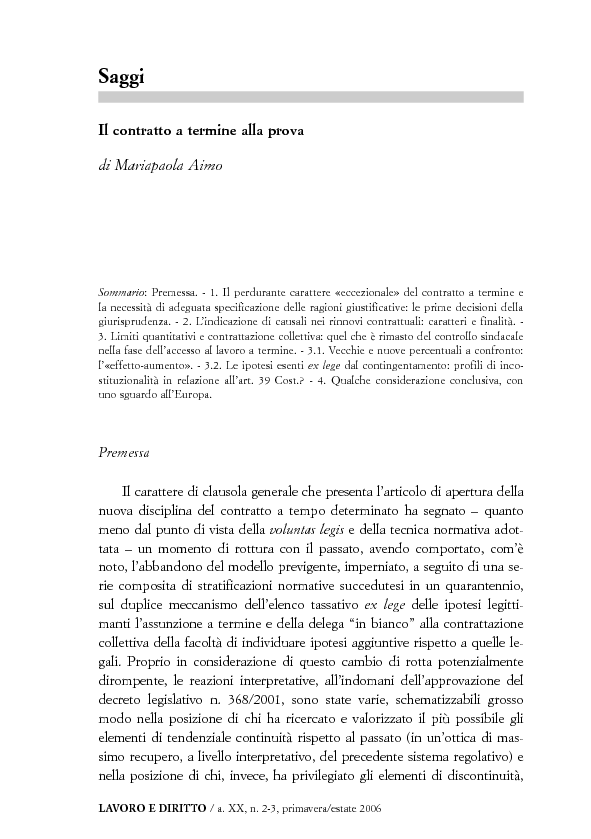