The "certificazione" (certification) of employment relations, an institution brought about by Act n. 276 of 2003, is today part of a wider project of legal policy that aims at redefining many aspects of labour law; indeed, the introduction of new flexible forms of employment goes along with the more and more frequent recourse to forms and techniques that derogate from the consolidated structure of protections provided by the legal order. The institution should, in particular, help to reduce the amount of dispute over the qualification of the employment relationship by offering a greater certainty as regards the legal nature of the stipulated contract. Nevertheless, the "certificazione" has been more criticized than appraised and, on the ground of the experience of its application, it seems that it is destined not to get off the ground and it will remain a minor capital in the legal order as reformed by Act No. 276 of 2003. As for the possibility to link "certification" with the models of "derogabilità assistita" (assisted derogation), even if the greater part of the opinions denies this assumption, one cannot exclude that this institution could have attained a greater success under this perspective. 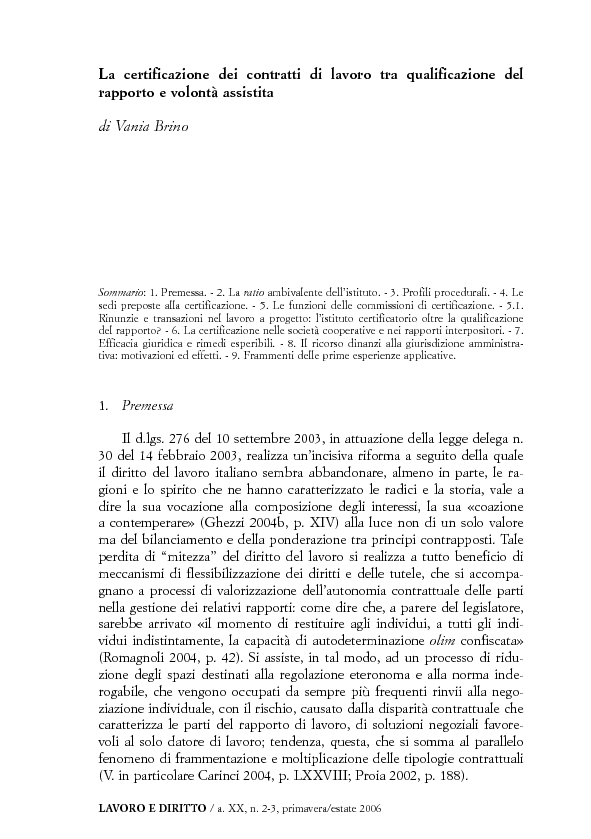