The essay is an attempt to think critically, from the perspective of labour law, over a subject - Csr - which shows complex ethical-philosophical aspects. The emerging idea is that Csr is, on one hand, an ancient and traditional issue, already deeply investigated by both moral and economic philosophers, and widely considered by the "social teaching of the Catholic Church" itself; on the other hand, as currently conceived, it could be regarded as an aspect (or a way of implementation) of business strategies in a globalised economy. From the latter perspective, it also implies some problems and even risks for Labour, which have to be carefully assessed. 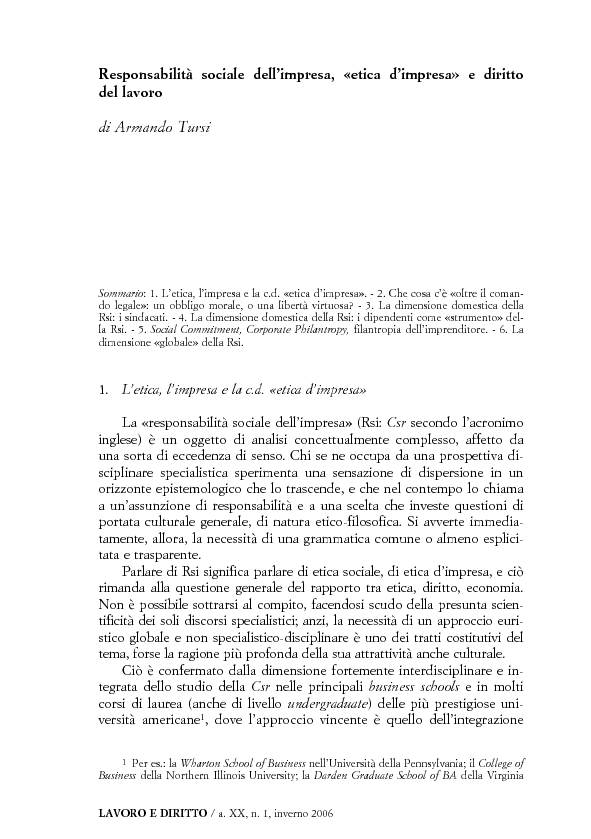