In this essay the author focuses on the concept of equality - which remains the fundamental basis of labour law - as well as the non discrimination principle. As far as the equality principle is concerned, the author analyses two recent decisions of the U.S. Supreme Court on the constitutional legitimacy of affirmative action (race based preferential treatments, in the case). The Justices' reasoning shows that while the justification of affirmative action could be based on a concept of equality conscious of the diversity factors (like colour or gender), any preferential treatment race or gender based is incompatible with a narrowly individual (blind) concept of equality. In order to analyse the legal concept of discrimination, the author stresses the distinction between gender discrimination and discrimination on the basis of other individual or group factors. According to the author, equal treatment is the goal of antidiscrimination law, regardless of the individual or group factors; nevertheless, as far as gender is concerned, equal treatment amounts to the genders' equal representation, which finally could be deemed the goal of an equal society. 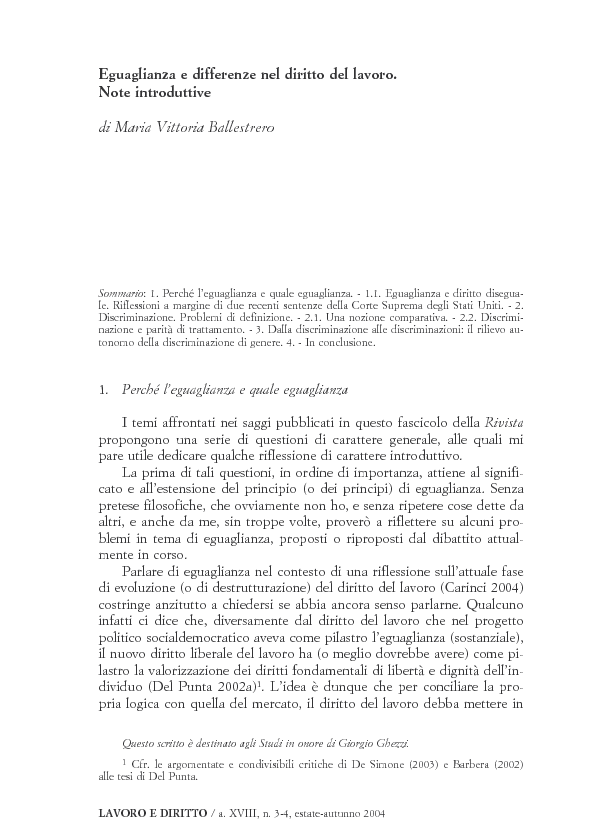