The paper is the last step of a research project on the strikes in the Italian public service sector. The data come from the official Authority charged to put into practice the first law on labour conflicts in public services, approved by the Parliament in 1990. In the years 1990-1996 the Authority ruled instructions regarding 2,733 cases evaluating the behaviour of 335 Trade Unions, both very large and very small, too. The main finding is that in Italy, a country historically marked by union pluralism, the relationships between the kind of strike and the kind of company are more linked than the ones between the rules of strike and union affiliation. As a matter of fact, sector unions who are affiliated to the same general union (i.e. "encompassing") organize different kind of strikes, while the contrary is true for the sector unions who are affiliated to different general union. Summing up, strategies and tactics of strikes are more influenced by sector of activity than union affiliation. This looks like to confirm the theory of Claus Kerry and Abraham Siegel who, in Industrial Conflict (1954), explained the different "inter-industry propensity to strike" not in terms of union ideologies but of organisational context. 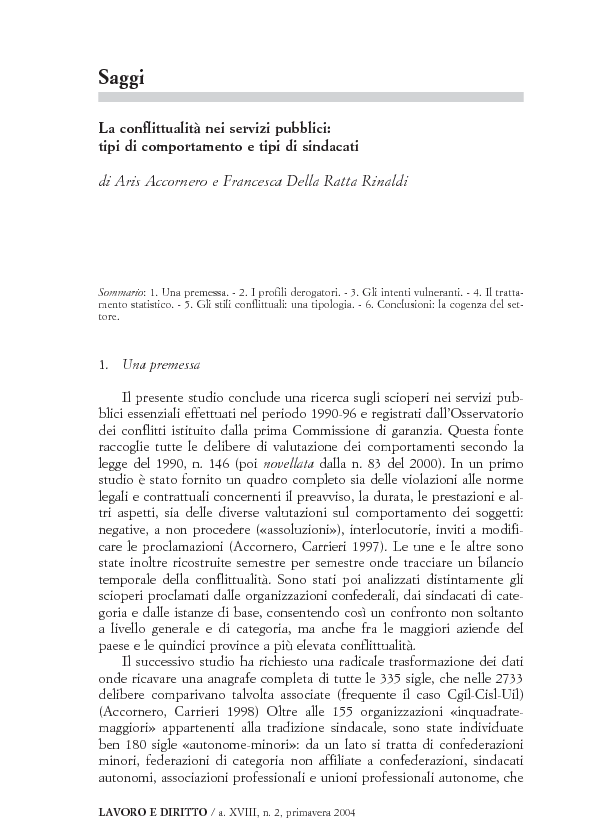