The system of s.c. "social concertation" has been abandoned in Italy following the explicit will of the present Government. The author stresses that "concertation" is only a method, influenced by the different weight of trade unions and employers' associations, and by the ideological attitude of the third actor, the Government, at present clearly dominated by neo-liberal positions. However, the debate on "concertation" must not be overvalued; the central issue is represented by the necessity of guaranteeing the surviving of a fair system of workers' rights (employees or self-employed), now weakened by neo-liberal policies. "Social concertation", which is expected to play again its role in Italian industrial relations, will have to be consistent with that necessity, which represents the real aim of Labour Law. 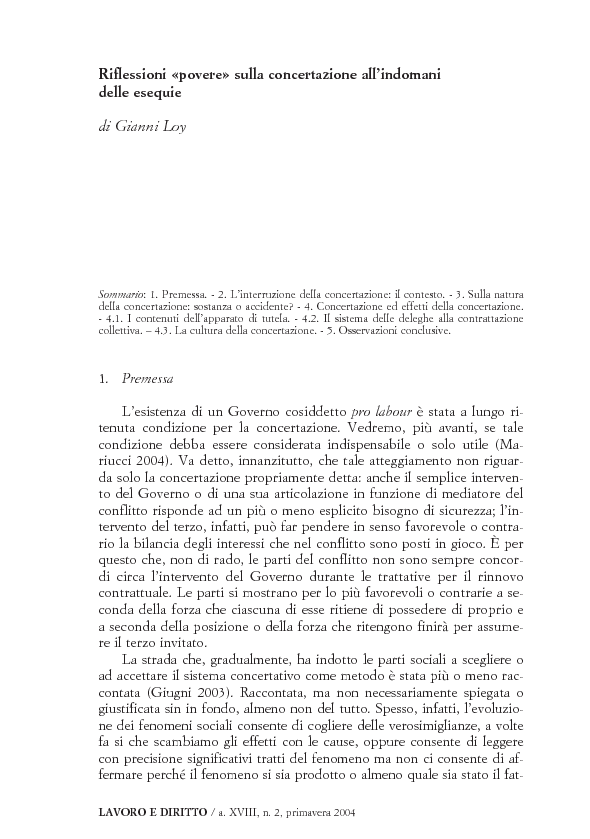