Historically characterised by political and ideological associative pluralism, Italian unionism has always had a troubled relationship with the parties and the political system in general. After an initial phase marked by significant duplication of the most akin parties, an upsurge of the unitary, radical workers' movement in the 60s caused the Italian union to re-align their respective strategies on autonomy and unity. There followed a fertile season of debates and political initiatives culminating in the constitution of the Unitary Federation between Cgil, Cisl and Uil. A solution which brought about 12 years of unitary action while respecting their reciprocal identities. In 1984 the Unitary Federation tooks its first blow when the various components of Italian unionism assumed rigid positions on the level of involvement necessary to take control of salary dynamics and the management of macro-economic restraints. This didn't prevent the continuance of a substantial convergence on bargaining policy. In the political void of the early 90s, the union became the sole protagonist of economic and social policies. However, numerous, symptomatic clashes revealed the profound gap between the organisations on the crucial matters of social representation, union democracy, bargaining and union policy. 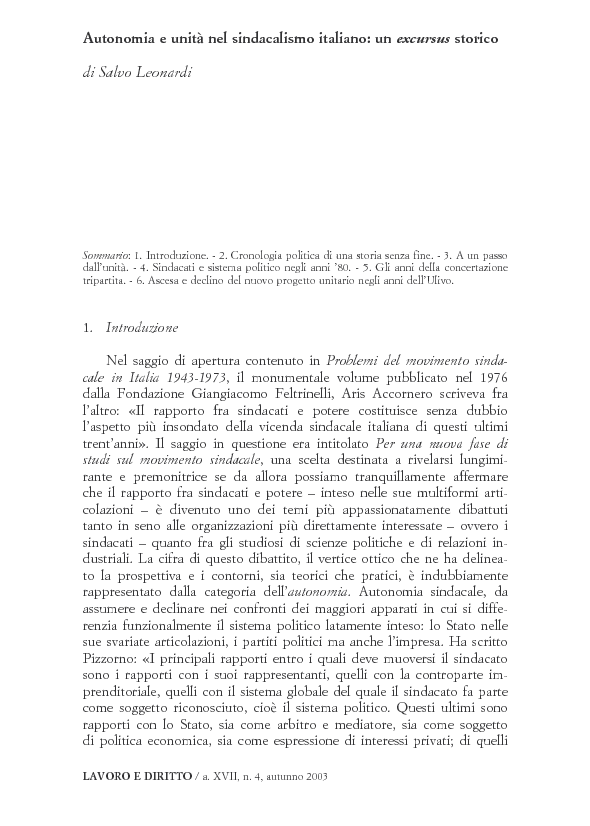