As a result of the permanent development and "cleaning" of the social protection system now in Hungary the full scale of benefits is available for all who are working either as independent or as dependent workers. However, in spite of the broad coverage of social insurance people might remain without regular income due to old age, disability, staying at home with many children or simply due to the long-term lack of available work. In particular, the effect of unemployment and of the strong tendency to re-contractualize work (even employee's work) manifests itself in the increased amount of vulnerable non-standard workers, temporary workers, casual workers, contract workers. The reaction of the law-maker has been in part extending the personal coverage of the social insurance laws so as to cover the non-standard workers to the widest extent possible, in part has been the tightening of administrative regulations on the reporting and paying duties of employers, self employers and workers. Although the main goal of the increase of the rigor of the law is to prevent contribution avoidance, the result is that people living in the periphery of the labour market and social life, still have some chance to collect social insurance. Moreover, with the shift to the market economy, and with a development of the conception of human rights it became clear that there are vulnerable groups who need assistance, re gardless to their past work records. Such assistance became available - even if strictly scrutinised - to the unemployed and to the old, and even without means testing to those who lack work income due to caring children and to the disabled. 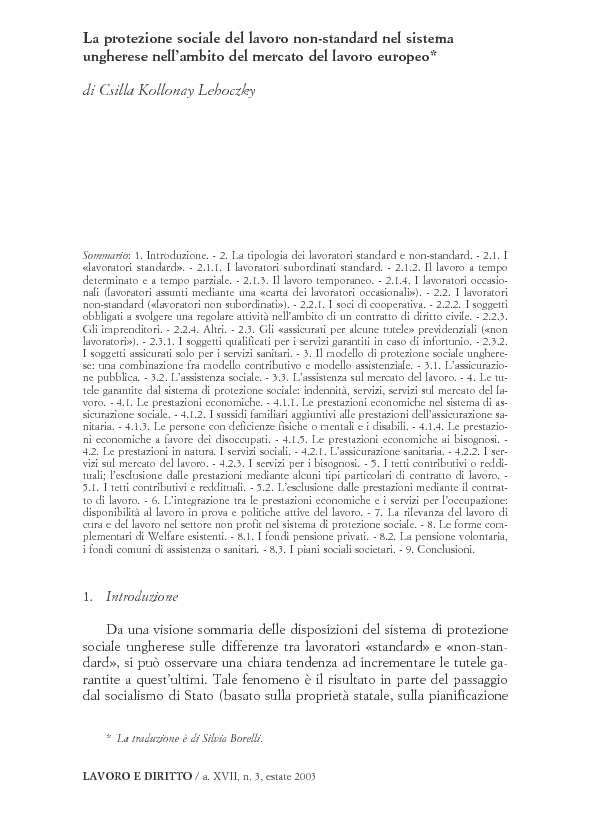