The article proposes a reflection on the relationship between labour and environment, and between the respective legal domains. It is a complex relationship with composite features, and for the most part still little explored, both in legislative paths and in doctrinal study. Starting from this premise, the present contribution intends to reconstruct the origins and some recent representations of this relationship, choosing the international context as a particular field of investigation. It is a slippery terrain dominated by profound contrasts, especially in terms of the effectiveness of the tools adopted, but, at the same time, it reveals itself as a fertile context, and in some ways also potentially favorable to hosting unprecedented synergies between labour and environment. 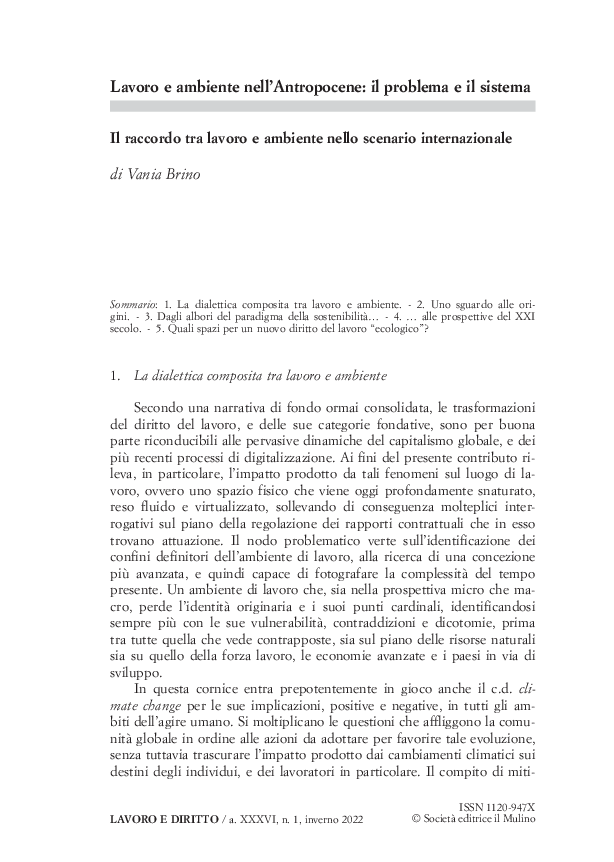