The essay is meant to contribute to a debate sparked by Guido Balandi and Luigi Mariucci, with regard to the transformations that are going on in these years of complex transformations. As such, the essay deals with a variety of intertwined issues: the genesis and the function of labour law; its current constitutional arrangement as well as its process of changing, due to – among other things – the neo-liberal ideology and the globalisations of the economy; mostly, its future perspectives. Thus, the author copes with the hypothesis that a diverse form of globalisation might be underway, with a new set of constraints, also due to the fight against climate change; besides, the idea of a different allocation of the employment protections is taken into consideration, pointing up the condition of citizen and that of unemployed. However, and ultimately, there are some fundamental forms of protection that have to be ensured in the employment relations. 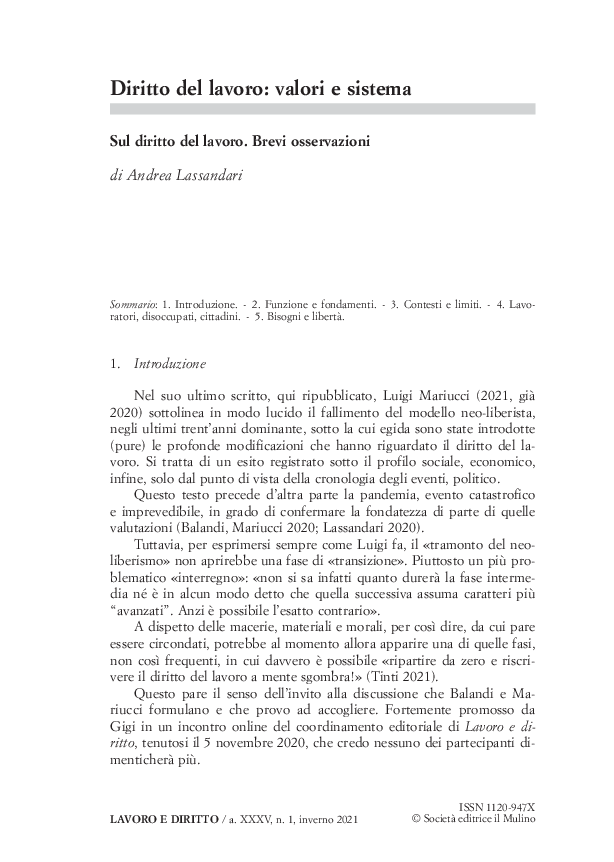