This article deals with the application of Islamic legal norms in the European diaspora. Other than religious norms, legal ones do not fall within the scope of religious freedom granted by art. 9 of the ECHR and national constitutions. This paper will concentrate on the situation in European countries, mainly taking the UK and Germany as examples to tackle traditional definitions of “diasporaµ that do not seem to perfectly fit the Muslim case. In fact, given the religious, ethnic, and social diversity of Muslims, it seems there is no collective memory about a common “homeland,µ no idealization of a real or imagined ancestral home. The core issue for the diasporic Muslim communities is whether ing Islamic legal norms might be accepted and integrated into existing state law, or instead are to be treat as the exceptional case that must be continually justified under a secular legal order. 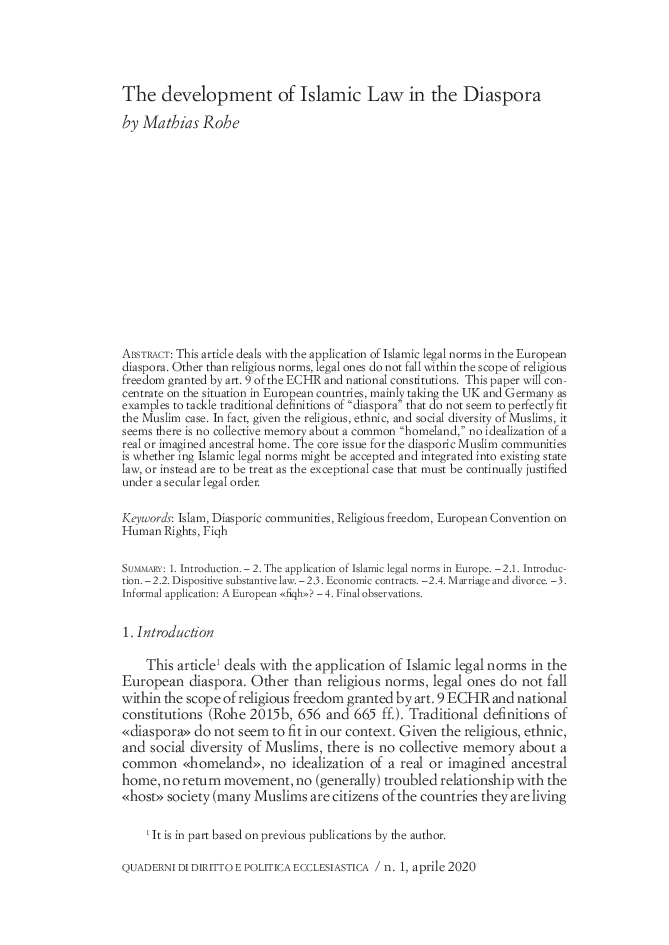