The Irish legal system was historically characterized by a strong Roman Catholic influence, particularly in constitutional law, due to a confluence of distinctive historical and sociological factors. The general trajectory over recent decades has been towards a general secularization of the Irish legal order, in tandem with wider social changes. This article will, first, detail the historical treatment of religion, and of Roman Catholicism in particular, in Irish law. Then it will describe the process of gradual secularization of Irish legal order and its determinants. It will outline the most recent instances of such secularization, referring to four constitutional amendments – the removal of the blasphemy clause in the Constitution of 1937, the provision for legalised abortion and same-sex marriage, and the liberalization of divorce law. At a legislative level, it will also detail the removal of exemptions in discrimination law for publicly funded denominational schools. 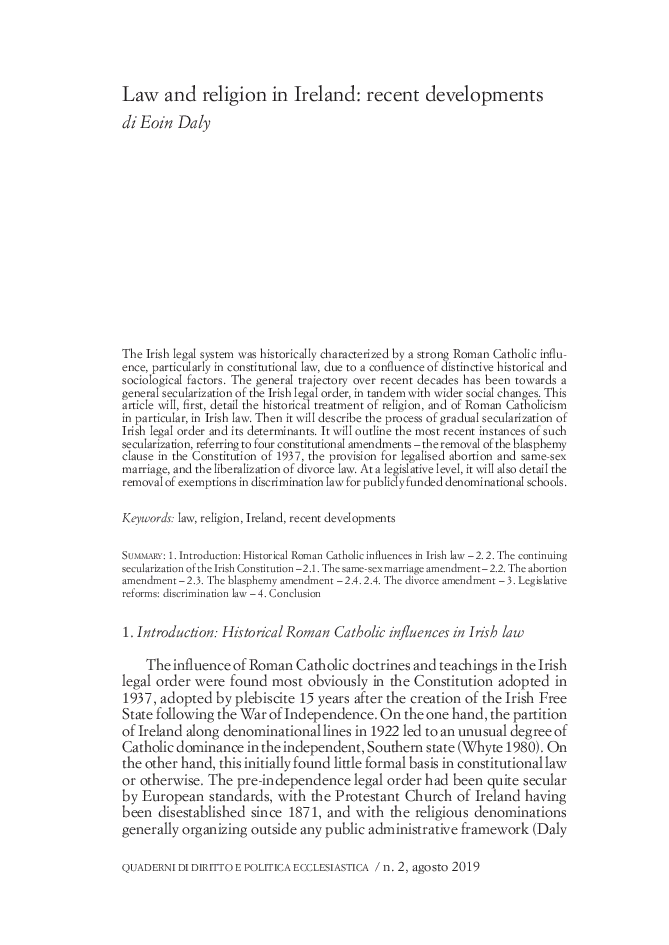