The contribution aims at reconstructing the history of the study and teaching of religious laws in Italian universities from the beginning of the twentieth century. After the Concordat of 1929, the policy of reconciliation ended up giving canon law a dominant and exclusive position on the studies on religious laws in the Italian faculties of law, while the studies in other religious laws progressively disappeared. Nowadays, in a multicultural Italy, the new studies on religious laws seem to broaden the scientific inquiry into the complex relationship between normativity and sacred, using the tools of juridical comparison. According to this new perspective, the reconstruction and the schematization of the various religious laws can contribute not only to the protection of freedom of conscience, religious practice and the freedom of all confessions, but also to the dialogue between different experiences of faith. 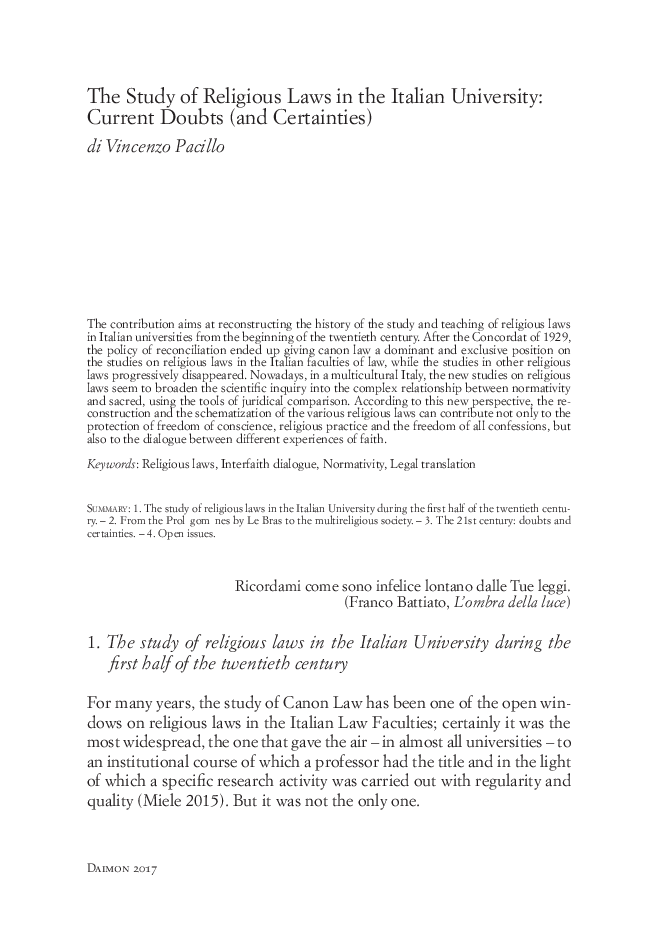