This study explores the work of the Christian Law Panel of Experts which met in Rome 2013-2016 and produced a Statement of Principles of Christian Law. The statement of principles is the result of a study, by Panel members, of systems of church law, order, and polity in eight church families worldwide: Roman Catholic, Orthodox, Anglican, Lutheran, Methodist, Reformed, Presbyterian, and Baptist. The ecumenical movement to-date has not examined the potential of these legal systems. The movement has developed on the basis primarily of theological and doctrinal enquiry and dialogue and the fruits of this for greater visible unity between Christians worldwide. However, a study of the laws of institutional churches, across the Christian traditions worldwide, is the missing link in ecumenism. From the similarities between these legal systems emerge principles of law fundamental to Christian identity and order. These juridical similarities indicate that the churches share common principles and that their existence suggests the category 'Christian law'. Whilst dogmas may divide the churches of global Christianity, the profound similarities between their norms of conduct reveal that the laws of the faithful, whatever their various denominational affiliations, link Christians through common forms of action. For this reason, comparative church law should have a greater profile in ecumenism today. 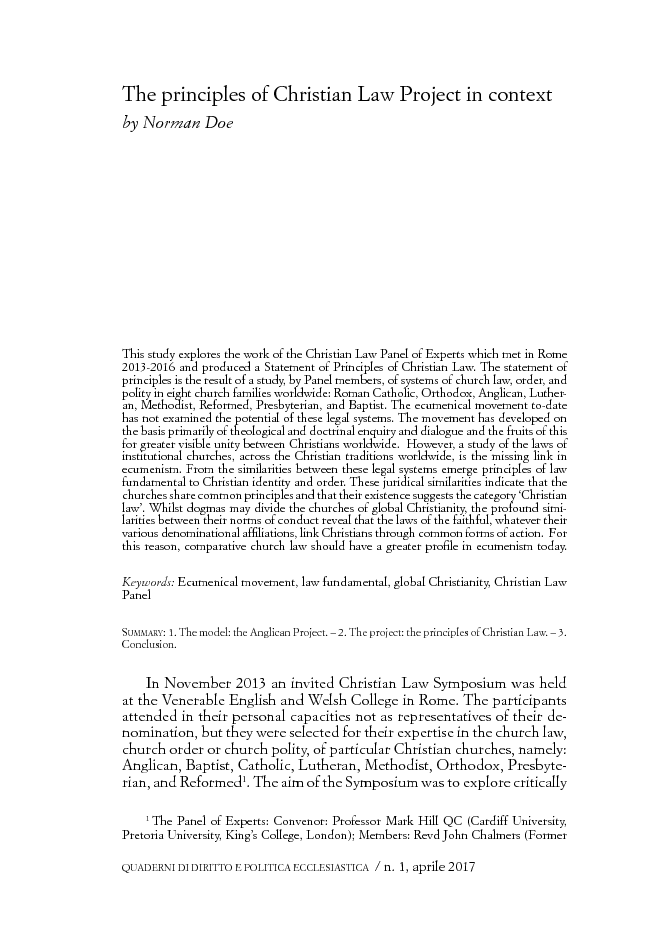