The foreign observer is often struck by how Japanese people practice different religion in a syncretic way. Most Japanese, in fact, define themselves at the same time Buddhist and Shintoist, and see no contradiction in that. From a legal point of view, it is interesting to analyze how the State has (or has not) intervened in this religious identity phenomenon, occasionally favoring Buddhism, Shinto, or taking a neutral stance. This paper carries out a diachronic analysis of the legislation on religion: starting from a succinct historical description, it also takes into account the most recent developments on the topic. The paper includes some decision by the Supreme Court of Japan on the principle of a lay State, and the criticism towards religious education in schools after the enactment of the 2006 Education Law. 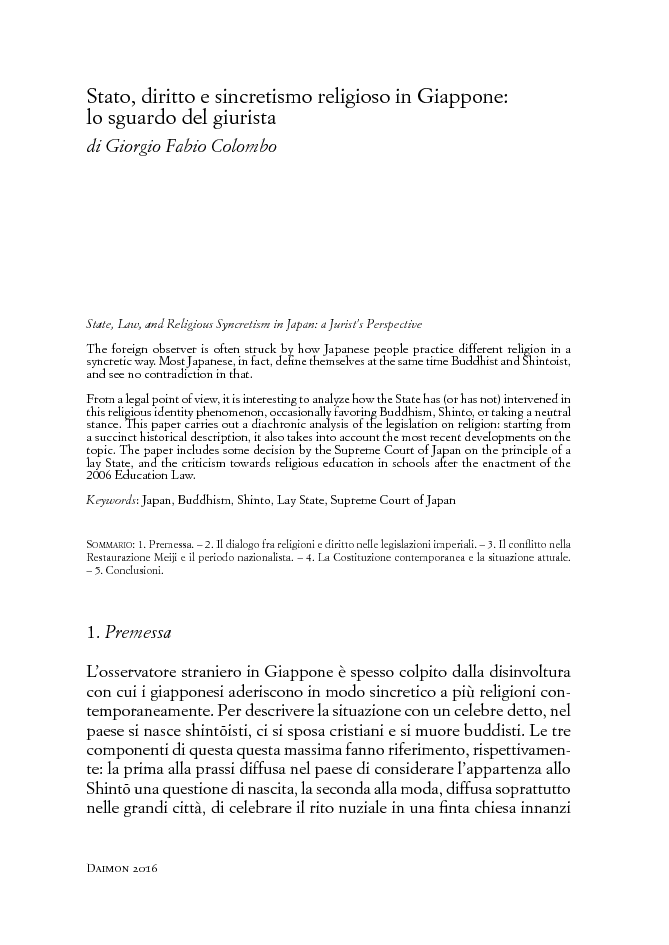