This article describes the ecclesiatical policy on Islam. After an historical reconstruction, which begins from a brief mention of the law on «admitted cults», I've analysed the «experiments» of the most recent years, which represent some attempts at dialogue between public institutions and Islamic associations: the Consulta for the Italian Islam with its "Charter of Values of the Citizenship and of the Integration of the Immigrants" in Italy; the "Committee for the Italian Islam" with its advisements; and, finally, the Consulta which was founded by the Ministry of Integration. This political activity intersects with actions carried out by universities and some local authorities, while in the background the problems of citizenship and the absence of a law on religious freedom emerge. In short, we can observe the absence of an organic framework to address the religious freedom issues of an important religious presence, as Islam certaintly is in Italy. The picture that comes to light is one of a vanishing, if not absent, ecclesiastical policy on Islam; it is perhaps even a useless policy, as long as it is characterized by goals that seem to delay, rather than to approach, the day when an agreement could be signed. 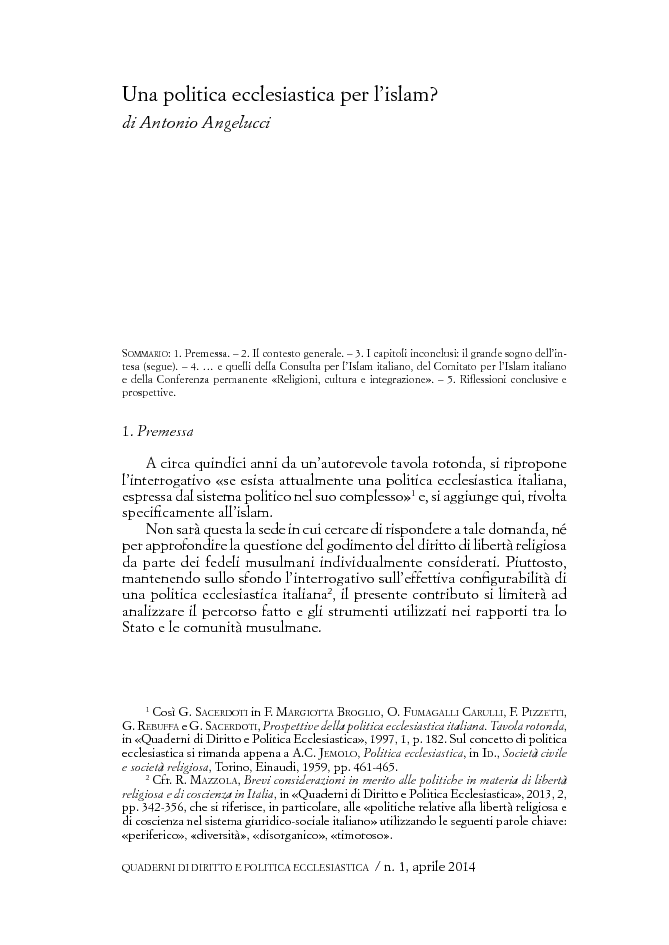