The dialogue on the impossibility of religious freedom highlights the complexity of this fundamental freedom, its close connection with other freedoms - and other issues - that make it very difficult, even in a separatist the Western horizon like the Western one, to distinguish religion, and religious freedom, from other legal and political agendas. This difficulty emerges in a clear manner in the theme of so-called exemptions, where identity claims of a religious nature can be accepted or rejected, become elements of discrimination or instruments of anti-discrimination policies based on multiple factors, once again showing, the persistent politicization of religion and its «freedom». 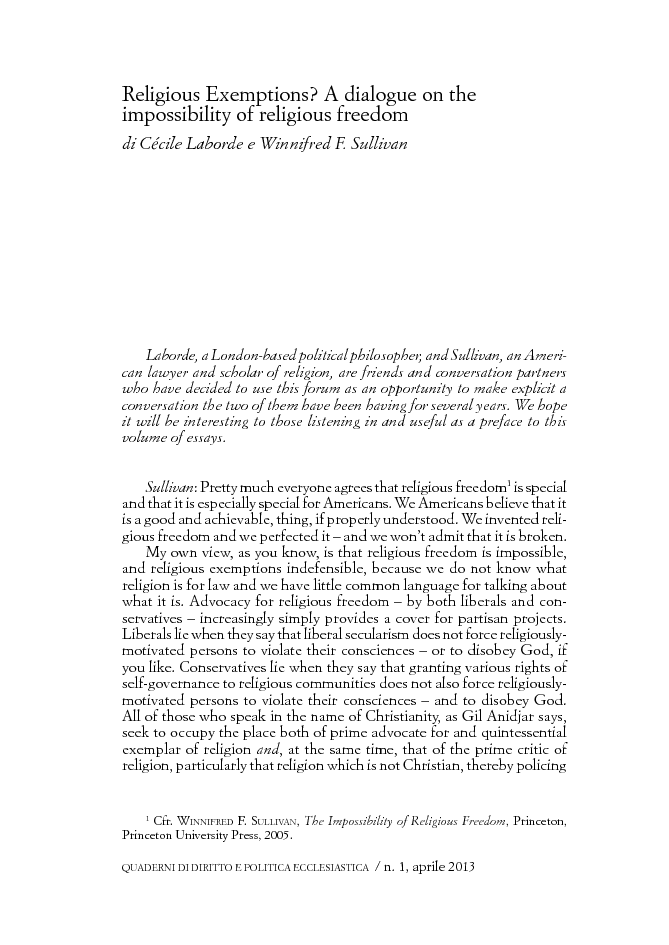